Gartner: The IT spending implications of Brexit

Global IT spending still expected to grow, but Brexit trimming the amount 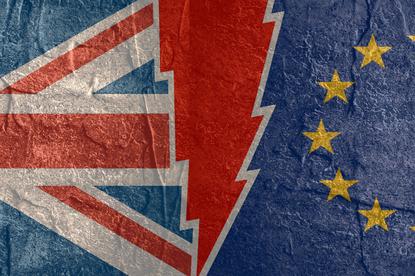 The Brexit vote puts a drag on global IT spending, but the U.K. will see the worst impact, Gartner said in a new spending forecast.

Gartner had predicted a rise in U.K. tech spending by 1.7% this year, for a total spend of $179.6 billion in U.S. dollars. But this forecast was before Thursday's decision by U.K. voters to leave the European Union.

The Brexit vote lowers the 2016 U.K. spending estimate between 2% and 5%, moving it into negative territory, said Gartner Friday. It expects U.K. IT spending to remain negative into next year.

The leading reason for the decline is summed up in one word by Gartner analyst John Lovelock: "Uncertainty."

"It's going to be persistent problem over the next six months," said Lovelock, regarding the Brexit vote. The U.K. not only faces the loss of Prime Minister David Cameron, who plans to resign by October, but two years of negotiation with the EU over the terms of the exit.

Global IT spending is not spared. Gartner had forecast $3.4 trillion this year, a gain of 1.5% in constant dollars. It has revised that to say that global IT spending this year "will remain" above a 1.2% increase this year.

The IT spending most affected in both consumer and business markets is discretionary spending, said Lovelock.

The political turmoil in the U.K. hurts tech spending in Europe overall. The U.K. accounts for 26% of the tech spending in Western Europe, surpassing Germany at 18%, which is the largest economy. Lovelock credited heavy use of business services for U.K.'s large IT spending.

The IT spending forecast this year for Western Europe was flat to begin with -- just 0.2% growth at $688.7 billion, a figure which includes the U.K.