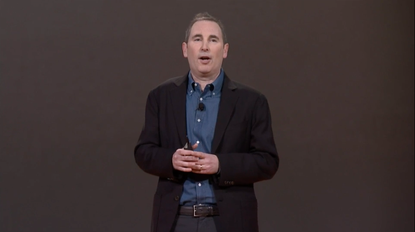 As the head of Amazon Web Services, Andy Jassy has seen a lot of big organizations start using the public cloud. The biggest indicator of success for a cloud transition is simple, he says: Has the business' senior staff bought into it?

In his view, organizations will usually stick with their status quo on-premises data centers unless leaders are ready to promote the use of public cloud services.

"And it sounds a little bit simple, but the reality is that there's so much inertia all over these organizations in continuing to things the same way they've been done for the last number of years, for a variety of different reasons," Jassy said at the AWS Summit in Washington, D.C., on Tuesday.

On top of that, business leaders should set aggressive goals for getting applications moved into the cloud, in order to accelerate their organizations' transitions, he recommended. He cited the example of GE, which tried to get 50 of its applications running on AWS within 30 days. The company didn't quite make that target, but it is now in the process of moving 6,000 applications to AWS.

AWS has several products and services all aimed at helping businesses migrate workloads to the cloud, including a service that analyzes the needs and dependencies of applications running on-premises.

Jassy's approach is hardly startling, considering that Amazon has a vested interest in getting businesses to give up their data centers and move to AWS. But his advice is an important consideration for organizations looking to make a cloud transition, especially when more and more businesses and public agencies are trying to use the public cloud in some capacity.

Amazon will be expanding its data center footprint to meet those customers, too. Jassy expects most major markets will have their own AWS region (a collection of data centers) in the future. Right now, the company operates 12 regions around the world, including four in the U.S. and two in Europe.