The reseller did have insurance which is covering costs for the damage, staff wages and loss of business income 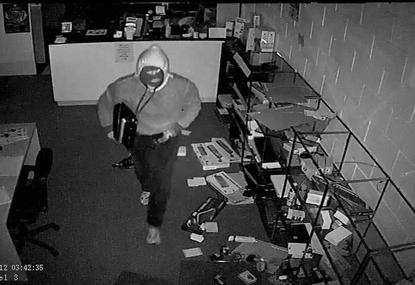 Compute Your World's CCTV footage of the incident

Adelaide-based reseller, Compute Your World, will be stepping up store security after being ram raided on Sunday June 12.

Thieves used a car to smash the front of the Morphett Vale store at about 3am and stole a number of computers and electronic items.

South Australian police have located the car used in the robbery and two men have already been arrested and will appear at Christies Beach Magistrate Court on July 15. The investigation is still ongoing as none of the goods have yet been recovered.

Compute Your World has been keeping customers informed through its Facebook page and stated since the incident, it will be installing two new yellow bollards in front of its shop doors, upgrading to new CCTV cameras and a state of the art security system that will monitor movement, sounds, doors, windows, heat and fire.

The reseller said new replacement stock was arriving in store and the business is continuing to trade, but it will be closing on Friday June 17 to repair the front of the store.

Compute Your World did have insurance which is helping to cover repair costs as well as costs during its closure such as staff wages and loss of business income.

“This is a major impact on our business, we work extremely hard to provide a service to the community and make a living,” Compute Your World said on its Facebook page.