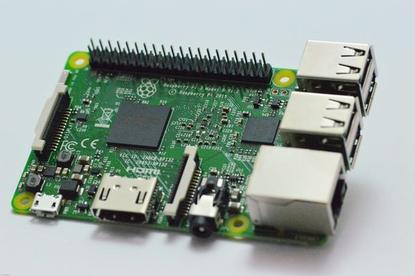 A key manufacturer of the Raspberry Pi is being acquired for US$867 million, but the foundation that develops the ultra-cheap computers says it hopes that business will continue as usual.

Premier Farnell of the U.K. has manufactured the Raspberry Pi under contract to the Raspberry Pi Foundation since the product first shipped about four years ago. The boards start for as low as $5, and more than 8 million have been sold. They're particularly popular among hobbyists, who use them to build cheap gaming consoles, laptops and smart glasses.

On Tuesday, however, Premier Farnell said it was being bought by Daetwyler, a Swiss maker of industrial components. Daetwyler said the greater economies of scale would help it to cut costs.

Upton has been a lead developer of the Raspberry Pi, which was originally designed to provide low-cost computing for teaching purposes. His foundation licenses the designs to Premier Farnell -- and to RS Components, another supplier -- for manufacturing.

“These relationships are at the heart of Raspberry Pi's success, and our hope is that the acquisition will do nothing to disturb that,” he said in an email.

The deal is scheduled to close in the fourth quarter. Premier Farnell employs 3,600 people and sells a whole gamut of industrial components and electronics. To manufacture the Raspberry Pi, Premier Farnell subcontracts the work to a Sony factory in the U.K.