Dell is releasing new Steam Machines, and AMD will release Linux drivers for its new GPUs 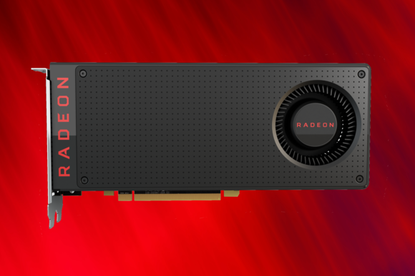 For decades, Windows has remained the gaming platform of choice for PC users. Linux gaming has suffered from poor hardware support and lack of titles, but that could slowly change.

Hardware upgrades, including faster GPUs and CPUs, are poised to improve Linux gaming. The latest gaming titles will come to Linux much faster with Vulkan, a graphics technology that should drive gaming forward on the OS.

The Steam Machine is based on a design from Valve, the world's largest independent game distributor. Dell's Steam systems will ship this week starting at $749. A number of other PC makers offer Steam Machines, but they haven't sold well because of a lack of titles.

Nvidia already offers Linux drivers for its latest GeForce GTX 1080 and 1070 GPUs, which are based on the Pascal architecture.

The Nvidia and new AMD Polaris GPUs support 4K and virtual reality through the Vulkan application programming interface, which can bring life-like images and higher frame rates to games by exploiting modern hardware like powerful GPUs and multicore CPUs.

Vulkan-based games can also run on Windows, but the API is seen as a big breakthrough for Linux gaming. Vulkan was introduced in February by industry consortium Khronos Group to replace the aging OpenGL, which was introduced in 1991.

Most of the games today are written mainly for Windows. It'll be easy to port games from DirectX 12 -- which drives gaming in Windows 10 -- to Vulkan. Before Vulkan, porting games from Windows to Linux took significant time and effort.

Many games are written using the Unity Engine from Unity Technologies, which is looking to add Vulkan support in the future. The Unreal Engine, another gaming development platform, already supports Vulkan.