Distinguished Professor from RIT takes the reins at ACM 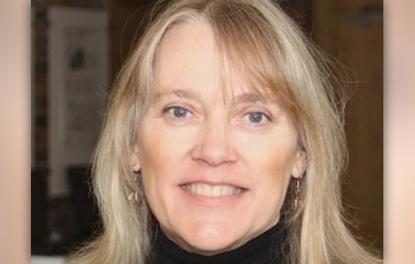 Against a backdrop of an IT industry pushing hard to more fairly represent women in leadership positions, the Association for Computing Machinery has announced that an all-female board has been elected to head up the society.

Leading the new team is incoming President Vicki Hanson, a Distinguished Professor of Computing at Rochester Institute of Technology, and Professor and Chair of Inclusive Technologies at University of Dundee. Hanson, an IBMer from the mid-1980s until 2009, is currently Vice President of the ACM. She replaces Alexander Wolf as ACM President.

The new Vice President will be Cherri Pancake, Professor Emeritus and Intel Faculty Fellow in the School of Electrical Engineering and Computer Science at Oregon State University.

Rounding out the board is new Secretary/Treasurer Elizabeth Churchill, Director of User Experience at Google.

They each will serve two-year terms beginning on July 1.

In addition, Members-at-Large elected to four-year terms are Gabriele Anderst-Kotsis, Professor and Head of the Department of Telecooperation at Johannes Kepler University Linz; Susan Dumais, Distinguished Scientist and Deputy Managing Director at Microsoft Research; Elizabeth Mynatt, Professor of Interactive Computing in the College of Computing at Georgia Institute of Technology; Pam Samuelson, Richard M. Sherman Distinguished Professor of Law and Information at University of California, Berkeley's School of Law; and the sole male representative, Eugene Spafford, Professor and Executive Director at Purdue University's Center for Education and Research in Information Security and Assurance (CERIAS).

Hanson, commenting on the board's new make-up, says in a statement that “This is an opportunity to highlight the contributions that women have made to computing and to inspire young women to view computing as a career.”

Among Hanson's goals is to reach out to young IT professionals and get them involved with the 100,000-strong educational and scientific society via a special advisory board.

The ACM is known for, among other things, doling out the annual A.M. Turing Award, also dubbed the Nobel Prize of Computing.