Nutanix hones in on SMBs with new hyper-converged appliance 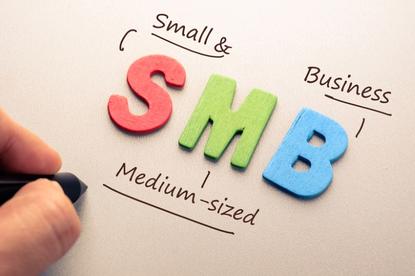 The vendor said that as a limited-scale version of the company’s software stack, Xpress was designed to bring the benefits of its enterprise Cloud platform to the smaller market at the affordable starting price point of $25,000.

The hyper-converged solution natively integrates server, storage and virtualisation in a single, infrastructure stack that has the ability to power up to 500 virtual machines.

“Xpress is the next step in the company’s long-term strategy to bring the benefits of hyperconvergence to businesses of all sizes,” Nutanix vice-president of product management, Raja Mukhopadhyay, said.

He added that in support of the new product line and dedicated technology roadmap, Nutanix is also building new go-to-market strategies with its channel, developing additional training and augmenting its support organisation.

According to Exclusive Networks Datacentre sales operations manager, Mark Ransom, the Australian IT SMB marketplace is known for being forward thinking and showing a willingness to embrace new technologies that 'make sense'.

"The market was an early adopter of virtualisation and we have since seen a strong interest in hyper-converged infrastructure, a technology fresh and new that has been designed assuming virtual workloads, intelligent software and the latest hardware platforms."

"Many of our partners are exploring and seeking alternate technologies outside the traditional and safe stable from legacy hardware manufacturers. The market told us that the Nutanix technology was outstanding, however, appeared at first glance, expensive in the SMB market. Having a lower entry price, without compromise on features and support, will broaden its appeal and certainly accelerate adoption."
Ransom added that partners should understand that most of their SMB clients are already looking at the technology via online press. He said the opportunity is there for smart partners to take control of the conversation.