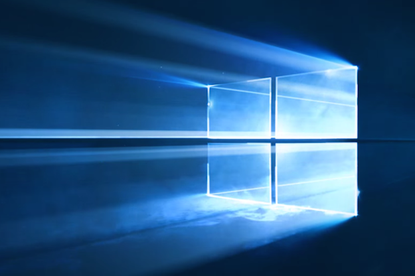 Microsoft had planned to release a Windows 10 update to the company's beta testers today, but the build got loose prematurely, ending up on some users' PCs late Tuesday.

After Microsoft realized that build 14342 had escaped its confines, it continued to push it to customers.

"Some #WindowsInsiders have reported getting PC build 14342. We were staging this for tomorrow and looks like it published too far," tweeted Gabriel Aul, engineering general manager for Microsoft's operating systems group late Tuesday.

A few minutes later, Aul added, "I think we'll just keep pushing out, but it may not be fully staged yet."

Windows Insider is Microsoft's preview program for Windows 10, giving those who participate an early look at features and changes that will eventually end up in a production-quality upgrade.

Computerworld was able to update an Insider PC to build 14342 early Wednesday.

As has been the pattern with Insider builds, 14342 includes several changes. Among the noticeable is a long-promised simplified way to adopt add-ons for the Edge browser. "Instead of extracting and loading extensions from a local folder, all available extensions can now be downloaded directly from the Windows Store," Aul wrote in a post to a company blog that also went live late Tuesday.

Edge add-ons had been one of the most anticipated changes for Windows 10. Once promised to reach the Insider testers in 2015, Microsoft had to delay their introduction until March 2016. Since then, users have had to download Edge add-ons directly from Microsoft's servers. From this point forward, Edge users will instead steer to the Windows Store for add-ons; the Store will now serve the same purpose as Google's Chrome Web Store, where that browser's customers find add-ons.

Also new to build 14342, said Aul, is the disappearance of one of the many controversial features of Windows 10.

"We have removed the Wi-Fi Sense feature that allows you to share Wi-Fi networks with your contacts and to be automatically connected to networks shared by your contacts," he said.

Some security professionals had expressed concern over that part of Wi-Fi Sense, worried about how the shared passwords were stored on the PC and whether they were safe from hackers. Many users also had reservations about the Wi-Fi network password sharing.

Microsoft had pitched the feature as both a security boon and a convenience, because Windows 10 users could lock down their networks but not be forced to give out passwords when friends or colleagues wanted access.

According to Aul, users had not taken to the feature. "The cost of updating the code to keep this feature working combined with low usage and low demand made this not worth further investment," he asserted.

Microsoft has devoted substantial resources to boost Windows 10's telemetry -- under-the-hood tools that harvest data from testers' PCs and report back to the company -- and must have based Aul's "low usage and low demand" verdict on the incoming telemetric information.

Build 14342 is available to Insiders who have registered their PCs with the program's "Fast" release track.