Newer Wi-Fi's faster, but it needs a fast wire behind it

Hot 802.11ac networks can be faster than the backhaul that feeds them 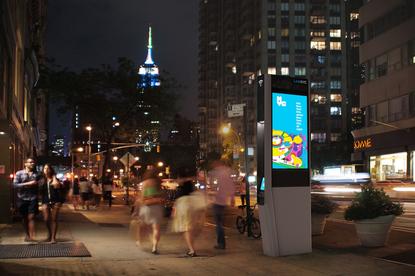 The next time you want to complain about slow Wi-Fi, think about saving your vitriol for wires instead.

So-called gigabit Wi-Fi, or 802.11ac, is slowly starting to show up in homes, buildings and public hotspots, but it’s not delivering a gigabit to smartphones, according to an analysis by research company OpenSignal. That’s partly because of how wireless works and how the newest technology is being rolled out, but it also reflects the performance of the wired networks that Wi-Fi taps into.

OpenSignal used its free connection-monitoring app, running on thousands of smartphones, to learn what kinds of Wi-Fi networks users were on and what kind of speed they were getting.

It found that 802.11ac, the latest form of Wi-Fi, gave users an average of 32.4Mbps. That was more than twice the speed of any other version. Still, the latest technology is supposed to hit 400Mbps even in its most basic, one-antenna form, the kind that's in smartphones today. What holds it back?

Partly, it’s the built-in limitations of wireless, which never really hits top speeds in the real world and has to be shared among users. But in many cases, the real limit is the speed of the wire that’s plugged into the access point.

Wi-Fi has surpassed wired networks in many places, so if it comes up short, you’re probably looking at the speed of the wired network behind it. All those advanced radio waves need to make it back to the Internet somehow. If the data ultimately rides over 25Mbps cable broadband, that’s what you get.

As 802.11ac gets even faster, with “Wave 2” delivering up to 7Gbps, Ethernet is trying to keep up. Some new LAN interfaces can run at 5Gbps, because Gigabit Ethernet connections aren’t fast enough for Wave 2 access points. (Jumping all the way to 10-Gigabit Ethernet is more expensive.)

There was one standout: Users of the Google Nexus 6P spent 45 percent of their Wi-Fi time on 802.11ac. The geeky users of Google's Android flagship must be better at surrounding themselves with the latest and fastest tech.