​Do Apple’s financial results mark the end of the golden smartphone era? 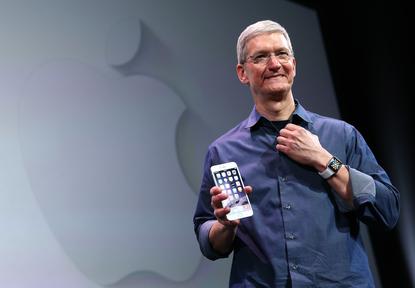 To much market chatter, Apple reported declining financials, the first time in 13 years that the tech giant has posted a decrease in financial performance.

As revealed to the industry, Apple reported a 13 percent decline in revenues in calendar 1Q16 compared to the same period last year amid a 16 percent drop in iPhone sales to 51.2 million units.

Apple’s sales in China, which generate a quarter of its revenues, dropped 26 percent primarily driven by a stronger US dollar in Hong Kong’s popular shopping districts.

However, the “other products” category, including the Apple Watch, recorded 30 percent revenue growth year on year to $US2.19 billion.

For Ovum Research Analyst, Ronan de Renesse, such smartphone market deceleration is cause for strategy change.

“Apple’s performance can act as an indicator of the health of the high-end smartphone market, which represents more than 50 percent of the market’s value,” he said.

“Plateauing or declining iPhone sales are reminiscent of a saturating smartphone market about to enter a commoditisation phase, threatening profitability.

“It is clear that we have now reached the end of a golden era for the consumer electronics industry, with smartphones and tablets reaching market maturity and the average selling price of TV devices and PCs seeing steep declines.”

Consequently, Ovum expects revenues from fixed devices (TVs, STBs, PCs, and games consoles) and mobile devices (handsets, tablets, and wearables) to exceed $US1 trillion in 2025, up from $US846 billion in 2015, a growth of 20 percent over the next 10 years.

As de Renesse explained, this is “significantly slower” growth than in the past five years when revenue increased by over 60 percent, primarily driven by the smartphone market.

“The slowdown will spark significant strategy changes for key market players such as Apple, Samsung, LG, Huawei, and Sony,” he added.

“The immediate priority for these companies is to shift their customer base to high-end product segments such as the iPhone 6S, the Samsung Galaxy S7, or the Huawei P9.”

Firstly, launch products in new growth segments such as wearables, virtual reality headsets, smart home devices, autonomous cars, and even robots, and secondly, a move into the services and software business to limit exposure to hardware margin erosion and gain a more reliable steady income.

“Investment in smartphone product innovation should therefore not be reduced, but it will require a more focused approach such as streamlining the smartphone portfolio.”