Is Jon Snow dead? Yellowfin data visualisation can tell you 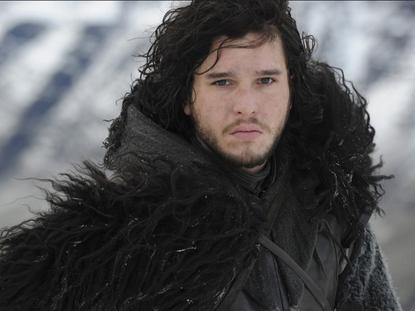 Is Jon Snow from Game of Thrones dead?

Business Intelligence (BI) and analytics software vendor, Yellowfin, has revealed that the answer lies in the correlation between viewer ratings and the number of key protagonists deaths per season.

According to official HBO viewership figures and online download numbers from Torrent, the number of Game of Thrones faithful followers has increased from season to season. However, IMDb data has revealed that viewer sentiment and ratings have declined.

Yellowfin communications manager, Lachlan James, after crunching data, has questioned whether particular factors have lead to the erratic ratings patterns. Namely, does Jon Snow have anything to do with it?

Yellowfin data analysis has showed that fans feed off the often shocking annihilation of key characters. That is, when the main character headcount decreases from season to season, the average IMDb viewer ratings also decline for that season.

For example, Season One began with the demise of four major characters and enjoyed an average rating of nine.

Season Four stepped it up, killing off seven main characters, which saw the average season rating jump to its highest recorded point of 9.23.

Season Five saw a dip in viewer ratings to the lowest average for any season so far at 8.74 and a simultaneous reaction in major character fatalities to only three, assuming Stannis Baratheon and Jon Snow’s have both been killed off the series. 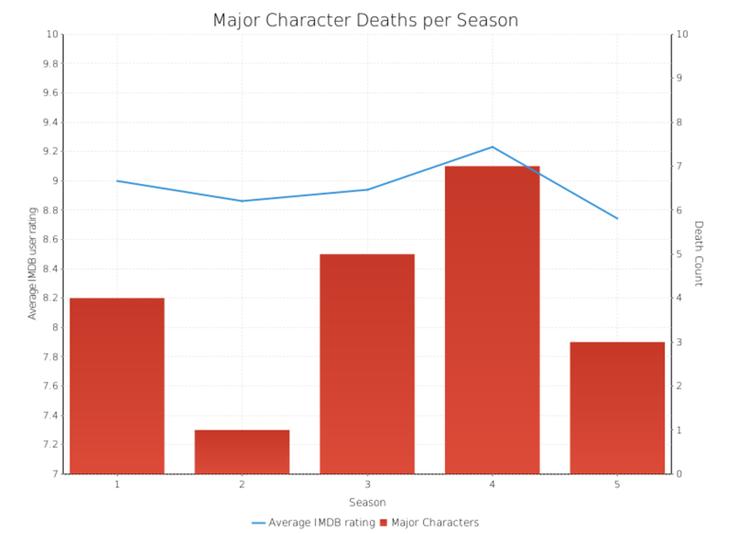 “The data analysis strongly supports that one major character death in Season Five would better align to the trend determined across earlier seasons. The data tells the story and it seems that fans will not be deprived of favourite Jon Snow and his luscious locks on a permanent basis,” added James.