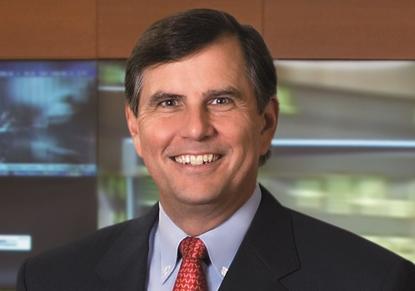 Emerson chairman and chief executive, David Farr,says the spin-off of the Network Power business will prepare the company for future growth.

The company has filed a Form 10 registration Statement with the US Securities and Exchange Commission (SEC) to spin off its Network Power business, which will be re-named Vertiv.

The filing outlines the company’s intent to spin off 100 per cent of the outstanding common stock of the newly named company through a tax-free distribution to shareholders.

The process is expected to be substantially complete by September 30, 2016.

Emerson chairman and chief executive, David Farr, said the process, which began in 2015, was focused on strengthening Emerson and preparing the company to capitalise on future growth opportunities.

“The spinoff of Vertiv will sharpen Emerson’s focus on high-growth markets and establish Vertiv as an industry-leading public company under Scott Barbour’s strong leadership,” he added.

The separation is still subject to certain conditions, including final approval by the Emerson board, receipt of a favourable opinion with respect to the tax- free nature of the transaction, and the effectiveness of the Form 10 registration statement filed with the SEC.

The filing provides information related to Vertiv’s business, as well as financial statements for fiscal years ended September 30, 2013, 2014 and 2015.

Vertiv will continue to operate as a segment of Emerson until the separation is complete.

Subsequent amendments to the Form 10 are expected to be filed in conjunction with the SEC review and as financing and other decisions are made.

The declaration of effectiveness by the SEC is not expected until closer to the date of separation.