Consumers are losing up to 23 per cent of data 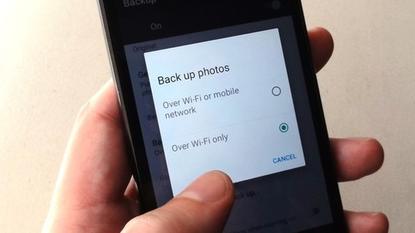 Consumers are being robbed of up to 23 per cent of mobile data due to megabyte rounding, according to the The Australian Communications Consumer Action Network (ACCAN).

The organisation said the rounding occurs when a single ‘data session’ like receiving an email, streaming a video, or updating Facebook, is rounded up to the nearest megabyte.

As some data sessions may be minor, using only a few kilobytes, some consumers are on plans that is chewing up their data more rapidly.

The report, Megacharge, authored by two University of Technology Sydney students, discovered a large range resulting from the rounding impact. At best, one user lost one per cent of their data and at worst, a user lost more than 80 per cent to rounding.

The median amount lost was 23 per cent.

Research from the report found that users who lose less than 500MB per month were the most significantly affected.

ACCAN chief executive, Teresa Corbin, said, “Megabyte rounding will have the biggest impact on consumers who are low data users. This is data that consumers are paying for that they don’t get to use. Consumers shouldn’t sign up to these poor value megabyte rounding plans.”

According to ACCAN, in 2015, six of eight telcos that the organisation was monitoring, dropped rounding altogether.

“This is great for consumers, but there are still plans out there that can be a rip-off. Before signing up to a plan consumers should do their research to choose one that’s going to give them good value for money. “We’ll be keeping an eye on the industry to make sure that megabyte rounding and poor value plans don’t make a comeback in the future,” Corbin added.

ACCAN said consumers should look at the Critical Information Summary (CIS) to check whether a plan uses megabyte rounding before signing up to it.