But net gross profit was up fractionally 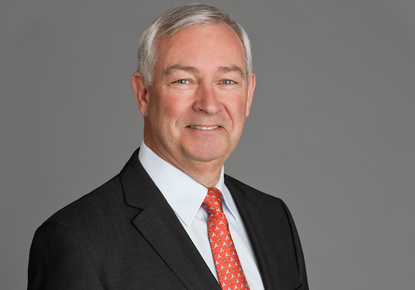 Australia has a small but significant sentence in Ingram Micro's annual report for the 2015 financial year ended January 2, 2016: "Australia generated double-digit growth in local currencies driven by strength across most product lines, including solid performance in consumer sales, particularly PCs, tablets and smartphones."

As reported yesterday in our story on Ingram's FY 2015 fourth quarter sales drop in comparison with Q4 FY14 the performance of Asia-Pacific, of which Australia is a part, appears to have been sound over the past year.

The report details how Ingram's four operating regions had mixed results with only Asia-Pacific (0.7 per cent) and Latin America (9.4 per cent) reporting growth in net sales while North America (8.7 per cent) and Europe (14.2 per cent) recording significant decreases to lead to the overall figure.

The company reported, "The 7.4 per cent decrease in our consolidated [global] net sales for the year ended January 2, 2016, compared to the year ended January 3, 2015, largely reflected the translation of foreign currencies relative to the US dollar which had a negative impact on our consolidated net sales of approximately eight percentage points. In addition, the prior year had an additional week of revenues which accounts for approximately two percentage points of the decline this year. Our acquisitions of Armada, Anovo, Aptec Saudi, DocData and distribution businesses in Chile and Peru contributed approximately two percentage points of growth. Our global revenue growth in local currencies reflects solid growth in Asia-Pacific and Latin America, partially offset by a decline in North America, primarily related to our decision to exit portions of our mobility distribution businesses in the region that did not meet our profitability requirements."

The last sentence is interesting as it may reflect the impact of the generally flatter nature of the smartphone market across the board - people aren't replacing their phones as often as they used to, but it is also may underscore the small margins in distribution in this area.

Asia-Pacific came up relatively well for the year: "The 0.7 per cent increase in our Asia-Pacific net sales includes the translation impact of weaker foreign currencies relative to the US dollar which had a negative impact on net sales of approximately seven percentage points and the impact of the additional week of revenues in the prior year which accounts for approximately two percentage points of the decline. Our acquisitions of Armada and Aptec Saudi contributed approximately four percentage points of growth... ... India contributed single-digit growth, with robust sales in advanced solutions, partially offset by a decline in demand for PCs, tablets and smartphones toward the end of the year. China contributed modest growth in the first half of the year; however demand slowed toward the end of the year, led by weakness in smartphones, tablets and notebook PCs and related sales."

The company did, however, report a small growth in gross profit from $US2.666 billion for FY14 to $US2.711 for FY15 or 1.7% in 2015 compared to 2014 and improved by 57 basis points as a percentage of revenue, driven by the benefit of the higher margin Anovo business which added 25 basis points and net revenue recognition on our new fulfillment contracts in Europe which increased margin by approximately 5 basis points. Gross margin also benefitted from a greater mix of advanced solutions sales, partially offset by growth in lower margin mobility handset sales and lower than anticipated resale pricing of returned handsets into the secondary market in North America in the first half of the year.

Ingram's move into Cloud is also reflected in the results. This comes through in the total Selling, General and Administrative Expenses (SG&A) expenses which increased $50,580, or 2.5%, in 2015 compared to 2014.

The report notes, "The increase in SG&A expenses primarily reflects our acquisitions, which added approximately $US157 million, costs associated with growth in our Cloud and commerce and fulfillment businesses, and further organic investment in higher value businesses; partially offset by the translation impact of foreign currencies relative to the US dollar which reduced SG&A expenses by approximately $US133 million and savings from the implementation of our organizsational effectiveness program."

The Asia-Pacific operating margin increased 35 basis points in 2015 compared to 2014 which Ingram Micro said reflected a better mix of products including more advanced solutions sales in Australia, Singapore and in the Middle East, as well as contributions from our recent value-added acquisitions. "These increases were partially offset by increased reorganisation, integration and transition costs (five basis points) of Asia-Pacific net sales compared to the prior year, as well as our strategic investment in Cloud in this region."