Outage was caused when a major mobile node went down 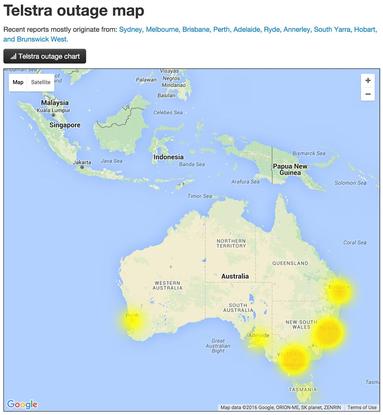 Telstra has restored its mobile voice and data services after suffering a national network outage on February 9.

In a statement, the telco explained the outage was caused when one of its major mobile nodes went down.

“The network is configured to manage this, however, in this instance we had issues transferring customers to other nodes which caused congestion on the network for some customers," Telstra said in a statement.

“Services have now been restored with the vast majority of our customers now back online. We thank customers for their patience and apologise for the inconvenience caused.”

The national outage was recognised at about 12.45pm on February 9, with services restored just before 3pm.

At the time, the telco said it was aware of the issue and was working to resolve it ASAP after experiencing numerous consumer complaints on social media.

“We are aware of an issue currently affecting mobile voice and data nationally. We are working to resolve the issue as quickly as possible and thank customers for their patience,” Telstra said.

At the time, Telstra's service status page displayed that some 3G and 4G mobile customers may be experiencing difficulties making or receiving voice calls or using data services.