Thanks to some wacky invites we know it's going to be a big day for new phones in just a couple of weeks. 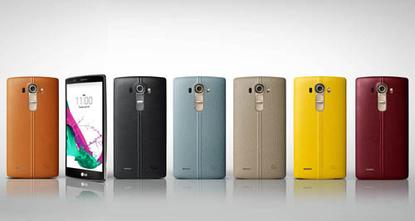 The LG G5's predecessor, the LG G4 came in a variety of colours

February 21 is going to a big day for new Android phones. LG sent out some wacky invitations to announce the forthcoming G5 will get its big reveal at Mobile World Congress that day, the same day Samsung is expected to reveal the Galaxy S7.

All the wackiness could just be clever marketing. But it may also hint to some new display technology, like a switchover to an OLED display. Another rumor indicates the phone will be the most premium handset to date from LG and borrow many design elements from the V10.

The most unusual hint is that LG built in a “magic slot” into the bottom, which will allow for some type of hardware expansion. It could be for a physical keyboard, a camera, or other accessories. We just don’t know exactly what it will be yet.

Greenbot will be live at Mobile World Congress in Barcelona, so follow us for all the news when it breaks.

Why this matters: The LG G4 was a great phone with an excellent camera, but it didn’t stand out in the marketplace as much as LG hoped. LG has its sights set on reversing that impression, and the smackdown with Samsung hints that the company is confident it has crafted a winner. Get ready for what should be a very interesting day in February.