As 5G approaches, 3G and 4G are still getting faster 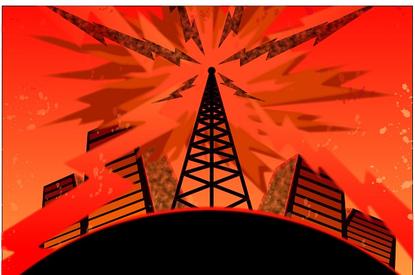 Most of the excitement at Mobile World Congress this month will be about 5G, which won't officially exist until 2020. But vendors will also be showing off new ways to speed up the networks people are using now.

That means more than 4G, because while LTE gets a lot of press, older services are more common than you might think. Just over half of the world's mobile subscriptions (51 per cent) are for 2G service only, according to Tolaga Research analyst Phil Marshall. Almost one-third are limited to 3G, while only 15 per cent are 4G. Even in 2020, only 48 per cent of subscriptions will be for 4G.

Some users are stuck on a slower network because they haven't upgraded to a faster phone, and some of those 2G-only subscriptions are for connected machines that don't need any more speed. But there are a lot of mobile users who could use a performance bump even before 5G comes along.

The companies addressing that vast global audience at MWC will include Ericsson and Nokia, two of the world's largest network equipment makers.

Ericsson says it can double the performance of 3G WCDMA networks without replacing equipment at cell sites. A new software enhancement it calls Flow of Users gives subscribers a better way of sharing the local site's capacity, Ericsson says. Among other things, it controls how many devices are active on the network at a given time so there are never too many trying to share the cell. That means every user gets higher speed when they're on the cell and can also get off it sooner, making room for the next device in line.

Flow of Users usually speeds up service by about 50 per cent, and it's part of a set of technologies that can double the average download speeds of 3G networks. A download speed of 2Mbps (bits per second) is typical for 3G, and new enhancements can take that as high as 4Mbps, Ericsson says. The technology is coming in the second quarter of this year.

For sites that don't even have 3G yet, Ericsson will be introducing a way for mobile operators to roll it out on existing 2G equipment. What's new is a hardware component called Ericsson Intelligent Antenna Sharing. By reusing most of their 2G gear, carriers can cut the cost of deploying 3G by more than 60 percent, the company says.

4G is getting faster, too. Both Ericsson and Nokia will show off ways they can boost the capacity of LTE networks with new antenna technology and ways of combining multiple frequency bands. Mobile operators can't always get a single band with all the spectrum they need, but with carrier aggregation, part of LTE-Advanced, they can put separate bands together.

Carrier aggregation has already led to demonstrations of gigabit-speed LTE. Ericsson has shown 1Gbps with Australian carrier Telstra using five different bands ganged together. Now the company says it can go even faster and do it with just three bands, partly by using antennas that send out multiple streams of data over multiple paths. Those capabilities will also come out in the second quarter.

Nokia says it will not only tie two frequency bands together but also let mobile devices use bands from different cells. The Finnish company has demonstrated 4.1Gbps speed with China Mobile and Qatar-based carrier Ooredoo. Like Ericsson, it will be at MWC with more advanced forms of carrier aggregation and beamforming.

There will be a twist to one Nokia launch at the show: Most headline-grabbing mobile speeds are for downloads, but Nokia will be combining multiple bands for uplinks. This will let carriers triple the typical speed from the phone up to the network, reaching 150Mbps. High-resolution selfies and cat videos will hit the Internet that much faster.