This bird could be a drone's worst enemy 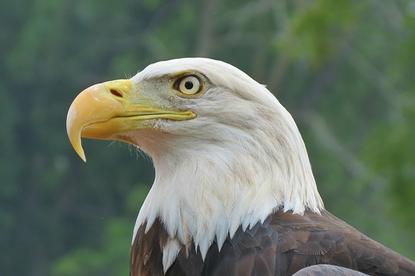 When it comes to the problem of stopping errant drones, there's been a number of high-tech solutions -- from radio jamming to laser beams to nets launched by other drones -- but a group in The Netherlands is proposing a low-tech solution that's much more elegant.

Guard From Above says it is training birds of prey to attack drones, taking advantage of their natural predatory instincts and precision in the sky.

A video posted by the company on YouTube shows a bird attacking a DJI Phantom drone as it hovers, grabbing the drone with its feet and flying away with it.

The bird's claws have scales that should prevent it from getting injured by the fast rotating blades, said the company. But it did say it is investigating extra protective measures that could be taken

It also appears to be a concern to the Dutch National Police, which is investigating the use of birds to take down drones. The police have asked the Dutch Organization for Applied Scientific Research (TNO) to research potential danger to birds.

To date there have only been a handful of incidents in which drones were used to breach security and get to places they are not supposed to be, such as The White House lawn or the roof of the Japanese Prime Minister's office.

But tech companies are racing to provide high-tech solutions to skittish security agencies.

But animals don't appear to be overly impressed with drones, especially when they get a little too close. This chimpanzee delivered a quick verdict to a drone at a Dutch zoo.

And here's a drone getting attacked by a kangaroo.