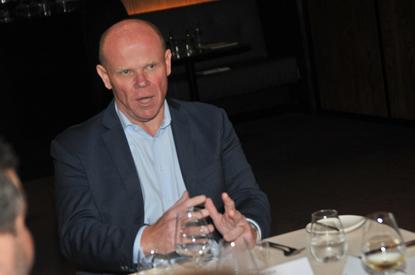 Staples Technology Solutions has been a partner of HP globally for a number of years. The company’s Australian managing director, Karl Sice, recently returned from the vendor’s first conference in Palo Alto and shared some of his thoughts with ARN.

“The separation that led up to the formation of HP Inc. is an exciting change,” he said.

“It is interesting in a market where we are seeing changes with Dell and EMC and some other acquisitions leading to organisations becoming larger. It is a really interesting time in our business and more broadly in IT.

“Given the complexity of the market and the fact that it is so very competitive in all these areas, it is good that we have some degree of separation in that regard. It increases the focus you get.

Sice spoke of his meeting with HP president imaging printing and solutions, Enrique Lores, where the two discussed HP’s print strategy going forward and the ramifications for partners.

“Enrique is a very impressive guy and clearly has a vision to grow the 3D business in particular beyond what it is today which is a fairly specialised business and trying to get it into the mainstream,” he said.

“We took the opportunity during this trip to talk about some of the markets including healthcare and education, how we can go to market as partners in those verticals and generate growth around some of the new technologies that HP is bringing to market.” he added.