TPP revealed: What the trade deal means for online copyright

Treaty defines what ISPs must do to defend others' copyrights 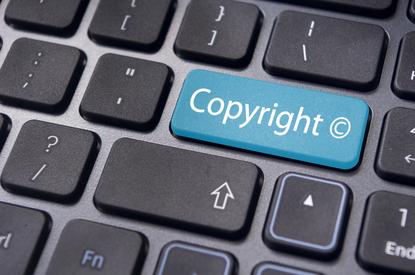 One month after signing the Trans-Pacific Partnership Agreement, the U.S. and New Zealand governments have published the full trade treaty, including details of what ISPs must do to defend others' copyrights.

The deal sets out to reshape trade relations between countries including the U.S., Australia, Canada, Japan, Mexico, and New Zealand.

Information and communications technology products are singled out for special attention, as are telecommunications services and Internet service providers. It's not all about technology though: it also covers wine and spirits, pharmaceuticals, cosmetics, organic foods and secret recipes for prepackaged foods and food additives.

Chapter 18, on intellectual property, has two whole annexes devoted to Internet service providers -- which in the treaty's terminology means providers of either Internet access or of services on the Internet, and how they must help police online copyright infringement.

Signatories to the treaty will be required to implement laws compelling ISPs to forward infringement notices to their subscribers and to make ISPs that do not comply pay damages.

Under laws mandated by the treaty, ISPs will have to remove cached copies of infringing material and search results pointing to such material upon receipt of a complaint, and they will be required to enforce court orders by removing or disabling access to infringing material stored by others.

ISPs will also be required to take down infringing materials promptly if they become aware of an infringement -- whether as a result of a court order, infringement notice or some other way. They will not be held liable if they take down allegedly infringing content in good faith.

These rules won't make much difference represent a significant tightening of the law in many jurisdictions. The treaty gives Brunei and Mexico three extra years to implement the provisions on ISPs because of the amount of legislative work that needs doing, where other countries must implement them when the rest of the treaty enters effect.

But the signing of the treaty does mean that, once countries introduce such laws, they won't be able to roll them back even if they want to -- or at least, not without withdrawing from the treaty, which would entail losing trade benefits in other areas, tying online copyright enforcement to trade in textiles, medicines and foods.

The text of the 30-chapter treaty, without its annexes, makes for a 3.15MB zipped archive on the website of the New Zealand Ministry of Foreign Affairs and Trade.

The U.S. pushed hard to fast-track the deal, despite resistance from digital rights groups and technology firms.