Opportunities on the horizon for business and the technology sector 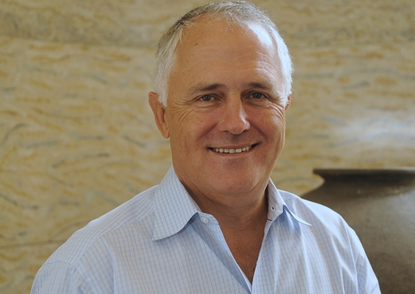 Malcolm Turnbull's ascension to Prime Minister has received the thumbs up from ICT industry thought leaders who see likely opportunities for business and the technology sector under Australia's new leader.

On September 14, Turnbull won a Liberal leadership spill securing 54 votes to Tony Abbott's 44 after Turnbull resigned from his position as Communications Minister and aired his intentions to challenge Abbott's leadership. He became the 29th Prime Minister of Australia.

Infront Systems director and ARN Hall of Fame inductee, Allan King, said as a small business owner, he’s hoping the new leadership will translate into stability within the government sector.

“As a small business owner, you focus heavily on federal government and stability of government, so a clear policy is in the best interest of the nation and businesses that operate within the country,” King said.

“We just haven’t seen that type of message and consistency for probably six or seven years. I hope this new leadership will represent that.”

“The big thing he brings for the country and for our industry, is an understanding of disruption occurring within the market and how that needs to be addressed,” Grant said.

“That’s a huge shift, which is not necessarily critical of Abbott, but there’s an opportunity to have leadership that understands the global dynamic that we all play in.

“He’s got a huge opportunity for the country and himself, but a huge responsibility to deliver to people’s expectations.”

ACS CEO, Andrew Johnson, highlighted the considerable value that Turnbull’s knowledge of the Communications portfolio will bring to the office of Prime Minister.

“In today’s digital world having a former Communications Minister take the top job will bring a much needed stronger focus on innovation, technology and digital education and skills,” Johnson said.

“Building digital skills is critical if Australia is to secure its economic future, and Turnbull has strong credentials in the technology space.”

“The ACS looks forward to working with the new Communications Minister and the Prime Minister as Australia builds its digital capability and strengthens its digital economy.”

StartupAUS CEO, Peter Bradd said he looked forward to continuing the strong working relationship with Turnbull and that this was a critical time for Australian startups.

“There is so much to be gained if we can grow this important part of our business community. But we must act swiftly and decisively in this area and we need the support of our Federal Government to lead a unified, centralised approach to building this ecosystem,” he said.

“Turnbull’s business acumen along with his knowledge of, and well known support for, the Australian technology sector will provide him with unique insights into the barriers facing Australian startups, particularly in terms of accessing venture capital and talent.”

The Australian Information Industry Association (AIIA) stated that it supports Turnbull's vision to build an agile, innovative and creative Australia.

"Turnbull has outlined his goal to create a future-proofed nation, one that is fit to drive higher economic growth and improved standards of living. He understands that in order to achieve this goal and be competitive in a hyper-connected global market, we need to ride the wave of technology led disruption or risk being left behind by our international peers,” AIIA CEO, Suzanne Campbell, said.

“Whether in Parliament or his career as an entrepreneur, Turnbull has been a strong advocate for the digital economy. As Prime Minister, we look forward to an accelerated rollout of the NBN and increased attention to how it will be used more effectively to drive innovation across all industries and provide a platform for the jobs of the future."

Turnbull said the burden of leadership was a heavy one and thanked Abbott for his formidable leadership.

He will be the fourth different Australian Prime Minister in five years, and the fifth overall.

"This has been a very important, sobering experience," he said. "I'm very humbled by the great honour and responsibility that has been given to me."