Findings released in its first Smart Region report also state it has the potential to introduce more than 30,000 jobs 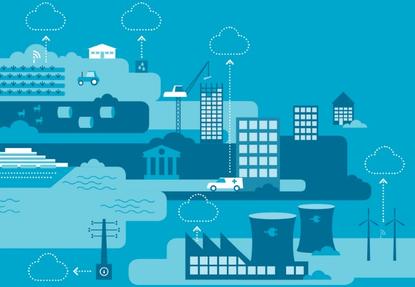 South East Queensland presents $10B worth of digital opportunities: Cisco

The South East Queensland region has the potential to add $10 billion to its economy and create more than 30,000 jobs in the coming years through digital opportunities, according to networking company, Cisco.

The report, that brings together the insights of more than 1000 South East Queensland residents and combines it with views of major business groups within the region, indicated Queensland and Brisbane are driving the Smart City trend in Australia, and the region’s strategy should be to become one of the top smart regions worldwide.

Cisco A/NZ vice-president, Ken Boal, said a range of practical solutions were identified to ensure the next generation of infrastructure supports a clean, green, accessible and inclusive region underpinned by creativity and innovation.

According to Boal, this includes making existing assets smarter through the Internet of Everything (IoE) as an alternative to long-term capital intensive infrastructure.

“We believe that being ‘smart’ is about the social and economic growth of cities and regions. This means that all South East Queenslanders, even the most vulnerable members of the community, can gain a benefit.

“Cisco recognises this as a unique opportunity for Queensland to harness digital technology to accelerate outcomes for ratepayers, residents and businesses and attract ongoing global attention,” he said.

Boal added that the residents want to experience greater convenience and integration of public transport, greater digital engagement and intimacy in their cities, more reliable local government services, and new digital ways to further reduce the cost of red tape.

“The region brings together a fast growing and diversifying economy, with one in seven Australians living in the South East Queensland Region across 12 councils, contributing more than $180 billion dollars towards the national GDP,” he stated.

“It’s not only an important step in positioning Brisbane as a New World City but also delivering social and economic benefits for all South East Queensland residents creating what we understand would be a world first Smart Region,” Quirk said.

Ipswich mayor, Paul Pisasale, said Ipswich was already preparing for a strong future as a digital city by recognising that building and taking advantage of digital highways will set it on a secure and successful path to capitalise on the ballooning digital economy.

Sunshine Coast mayor, Mark Jamieson, claimed that in its move to become a Smart Region, the Sunshine Coast Council is taking the approach to build-in the infrastructure and solutions from the ground up with its new city centre at Maroochydore.

“The future of cities and regions and their ability to create enduring employment opportunities are entirely linked to their digital capabilities,” he added.