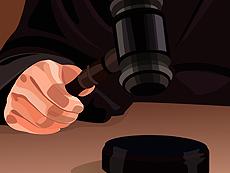 Adelaide-based mobile phone repair business, Mobizone has been handed a $5000 penalty from the Fair Work Ombudsman after refusing to pay a $550 on-the-spot fine.

The litigation followed a failure by Mobizone to pay an infringement notice issued for an alleged breach of workplace law after the business was audited last year.

Mobizone allegedly only issued payslips to an Indian telecommunications technician on a 457 visa infrequently, and only when he asked for them.

Under the Fair Work Act, employers must issue pay-slips within one working day of paying their wages.

Fair Work Ombudsman, Natalie James, said the agency made numerous requests for Mobizone to pay the on-the-spot fine, but it refused.

In response, the Industrial Relations Court has handed down a $3500 penalty against Mobizone and imposed a further $1500 fine against its business manager and part-owner Raymond Kebbe.

It is the first time the Fair Work Ombudsman has secured Court penalties solely in relation to pay-slip breaches after an on-the-spot fine was ignored.

James said the court ruling should serve as a reminder to other employers that ignoring the Fair Work Ombudsman “won’t make us go away”.

“Instead of having a $550 fine to pay, the financial penalty is now significantly greater, and comes with publicity and potential risk to the business’ reputation over its conduct,” she said.

“We place a high importance on enforcing compliance with payslip obligations, because when employees don’t receive them, it undermines their ability to understand how their wages have been calculated and to check they’ve received their minimum lawful entitlements.”