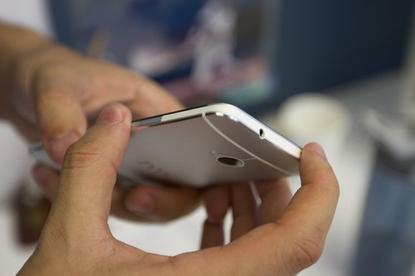 To take a screenshot on most Android phones, press and hold the power and volume down buttons.

A malicious application or Web page could be used to crash Android devices, in some cases persistently, due to a vulnerability in a multimedia processing component.

The announcement, by security researchers from Trend Micro, comes days after other Android media processing flaws were revealed. Those flaws could allow attackers to compromise devices with a simple MMS message.

The latest vulnerability is located in Android's mediaserver component, more specifically in how this service handles files that use the Matroska video container (MKV), the Trend Micro researchers said in a blog post Wednesday.

When the vulnerability is exploited, the device becomes silent and unresponsive. No ring tone or notification sounds can be heard and calls cannot be initiated or accepted. Furthermore, the user interface can become sluggish or completely unusable and, if the phone is locked, it cannot be unlocked, the researchers said.

The flaw can be exploited in two ways: through a malicious application that contains a malformed MKV file, or by browsing to a Web page with a specifically crafted MKV video embedded in it.

"The first technique can cause long-term effects to the device: An app with an embedded MKV file that registers itself to auto-start whenever the device boots would case the OS to crash every time it is turned on," the Trend Micro researchers said.

Trend Micro reported to flaw in May, it said, but Google assigned it a low priority.

One group of attackers who might abuse this sort of flaw are ransomware creators. Some existing ransomware apps attempt to prevent users from using their phones until they pay ransom fees.

This vulnerability could provide attackers with a way to achieve that same effect, but in a way that would make users more likely to pay up, the Trend Micro researchers said.

The flaw affects all phones running Android 4.3 (Jelly Bean) and higher, including the latest 5.1.1 (Lollipop) update. That's more than 50 percent of Android devices, according to the Google Play statistics for June.

It's not clear if Google created a patch for this issue yet or if it shared it with device manufacturers. The company did not immediately respond to a request for comment.

No patch has been yet released to the Android Open Source Project (AOSP), the Trend Micro researchers said.

Even if a patch was provided to device manufacturers, it will probably take months for it to reach a significant number of devices. And many devices will likely never get patched because they're no longer supported by their manufacturers.

The slow distribution of security updates coupled with the version fragmentation is the Achilles heel of the Android ecosystem, according to many security researchers. All software has bugs, but a developer's ability to create and distribute patches quickly plays a critical role in limiting the impact of potential vulnerabilities.

Vulnerabilities often stem from applications behaving abnormally when receiving unexpected input, so programs that process files naturally have been more likely to have vulnerabilities. Media libraries and frameworks fall into this category because video and audio files are complex and take a lot of processing. They can have various metadata, encoding, formatting and containers, providing many opportunities for malformed input.

"Further research into Android -- especially the mediaserver service -- may find other vulnerabilities that could have more serious consequences to users, including remote code execution," the Trend Micro researchers said.

Joshua Drake, a security researcher who recently found critical vulnerabilities in Android's Stagefright multimedia framework, described the component's code as "not very mature" and its security flaws as "beginner-ish."