A new online portal will make it easier for carriers to adopt the Internet.org app, Facebook says 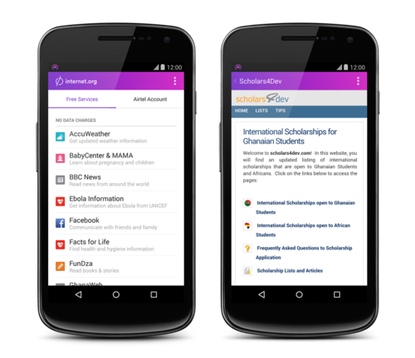 Facebook is inviting additional mobile operators to take part in Internet.org, its project to bring Internet access to poorly connected parts of the world.

Internet.org turns one year old this week, and Facebook says it's ready to scale the project to reach more people.

The company is making it easier for more mobile operators to join the project by launching an online portal where they'll find technical tools and best practices to help them get started.

So far, Facebook has been working with about a dozen operators in 17 countries to provide an app that gives people free access to a set of basic Internet services.

According to Facebook, people who use the app quickly become paying subscribers -- something that will no doubt appeal to the mobile operators it's trying to partner with.

"Internet.org brings new users onto mobile networks on average over 50 percent faster after launching free basic services, and more than half of the people who come online through Internet.org are paying for data and accessing the Internet within the first 30 days," Facebook said.

The Internet.org mobile app is perhaps the most tangible element in Facebook's efforts to expand Internet access -- and its own services -- to more people throughout the world. It's also using satellites, drones and lasers that can beam Internet signals through space to bring people online.

While the number of people with Internet access continues to grow, 4.2 billion of the world's roughly 7.4 billion people will still be offline by the end of the year, according to data from the International Telecommunication Union.

The Internet.org app typically includes a stripped-down version of Facebook and access to other free services like weather reports, health information and services for finding jobs.

CEO Mark Zuckerberg has said Facebook could become the Internet on-ramp for the world.

The company has faced some criticism, however, because Internet.org provides access to only a handful of services. That makes Facebook something of a gatekeeper to what people see online, opening it up to charges that it violates the principles of net neutrality, which calls for equal access to all online services.

Facebook responds that it's better to have access to parts of the Internet than to none of it. The company has also opened the Internet.org platform to any low-bandwidth service that meets certain technical guidelines.