The Windows 10 upgrade: Who should do it, who could wait

We answer the question everyone's asking: Should you upgrade to Windows 10? (Spoiler: It depends on what you're using now.) 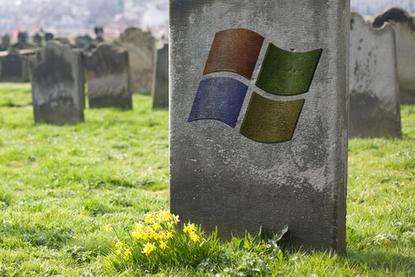 Unfortunately, Windows XP users can’t partake in the free upgrade party, and there’s no guarantee that hardware that old will work with Windows 10.

The day is finally here: Windows 10's launch. And if you haven't been participating in Microsoft's Windows Insider previews, you have a single, simple question: Should I upgrade to Windows 10?

For the long answer, be sure to tune into PCWorld's in-depth Windows 10 review. But if you're looking for the short version, here you go.

Remember: Windows 10 is a free upgrade for current Windows 7 and Windows 8 users until July 29, 2016, after which you'll need to pay retail pricing if you want to make the switch. Once you install Windows 10 you'll keep getting updates for a long, long time--no subscription fees, no kill switches, despite what fearmongers may say.

You should definitely upgrade to a newer operating system if you're still using an Internet-connected Windows XP machine, as XP's been put out to pasture and is a glaring security risk. Unfortunately, Windows XP users can't partake in the free upgrade party, and there's no guarantee that hardware that old will work with Windows 10.

Our recommendation: Buy a new Windows 10 machine. If nothing else, and for safety's sake, or at least consider switching to a user-friendly Linux distro that will work with your current PC.

Quick note: If you're still using Office 2003 on your Windows XP machine, this productivity suite is incompatible with Windows 8 or Windows 10.

If I still owned a Vista-based PC I probably wouldn't splurge to jump to Windows 10. You might consider stashing the cash to upgrade to a new Windows 8 PC sometime soon, as you can pick them up pretty cheap these days.

Just make sure you meet Windows 10's hardware requirements if you decide to upgrade an existing Vista PC.

When Windows 8 launched, we recommended against the upgrade if you were happy with Windows 7, on account of Windows 8's drastically changed interface and dreadful underlying design. Windows 8.1 fixed many of the most glaring issues, and now Windows 10 is truly a masterful blend of the best of both Windows 7 and 8. While Windows 8 was a burden to wrap your head around, even long-time Windows 7 users should wrap their heads around Windows 10 in no time.

When you add it all up with the freebie upgrade, we think it's finally safe to move off ol' faithful Windows 7, with the glaring disclaimer that you might want to stay put if you're a heavy Windows Media Center user. Windows 10 doesn't support or include WMC, even if you upgrade from a system that already has it installed.

That said, WMC is dead in the water now. You might want to consider finding alternative solutions--the Xbox One has largely replaced WMC in the living room as far as Microsoft's concerned--and upgrading to Windows 10 anyway. If you upgrade from a version of Windows with WMC installed, Microsoft will at least provide you with some alternative source of DVD playback later this year. In the interim, VLC is free and wonderful.

Yes. Upgrade. Do it now. There is no reason not to--again, unless you've purchased Windows 8's optional Windows Media Center add-on pack and don't want to lose access to that software.

Interested in reading a more thorough explanation of what Windows 10 has to offer? Be sure to check out PCWorld's detailed review of Windows 10 for a comprehensive examination of the operating system.