The good and the ugly about drones

Both facets of the technology were on display over the weekend 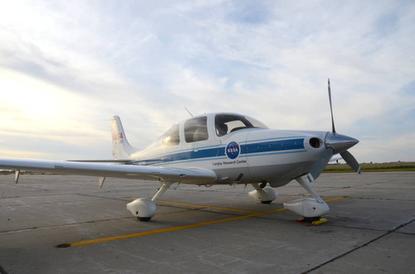 Both the good and bad sides of drones were on display over the weekend in the US, with a drone delivering medical supplies to a remote area in Wise, Virginia, even as some other drones were obstructing the fighting of a wildfire in far away California to apparently shoot videos.

The delivery drone from Australian startup Flirtey made the first authorized delivery in the country on Friday, transporting 24 medical packages to patients in Wise County. The Mid-Atlantic Aviation Partnership at the Virginia Tech Institute for Critical Technology and Applied Science, which is an approved drone test location of the Federal Aviation Administration, oversaw the research flight. See video.

Earlier, a fixed-wing aircraft, operated remotely by pilots from NASA Langley Research Center, was to deliver medical supplies to Lonesome Pine Airport in Wise, which would then be transferred in small packages by the Flirtey drone.

In startling contrast, InciWeb, an interagency all-risk incident information management system, reported Sunday that a drone had obstructed fire fighting work after a fire over the weekend in San Bernardino County.

A drone, also referred to as an Unmanned Aircraft System (UAS), halted tanker operations for about 25 minutes on Friday afternoon, according to an update on InciWeb. It added that incident commanders have no choice but to suspend air operations and ground aircraft until a hobby drone that flies into a fire area is removed, to avoid damage to aircraft, and injuries to crew and ground fighters from collisions.

As hobby drones have become more popular, firefighters have seen an increase in drones interfering with firefighting operations, InciWeb said. Drone operators, flying in the area, could face criminal charges as a temporary flight restriction of the FAA kicks in for most wildfires.

The "North Fire" destroyed 20 vehicles and damaged 10 more on Interstate 15, after the fire jumped over the highway.

There were five drones in the area, presumably taking close-up videos of the fire, CNN reported.

The San Bernardino County Fire Department tweeted at one point that firefighting aircraft had been grounded due to drone activity in the area.

The FAA has previously issued guidelines for people flying UAS as hobbyists and for recreational purposes, including the requirement that the drone should not be flown recklessly and endanger people or other aircraft. The rules on model aircraft also require that the UAS, weighing 55 pounds (25 kilograms) at the maximum, should be flown below 400 feet (about 122 meters), within visual sight of the operator, and 5 miles (8 kilometers) away from airports.

The FAA launched a "Know Before You Fly" campaign to advise users on the safe and responsible use of drones, in tandem with the Association for Unmanned Vehicle Systems International (AUVSI), the Academy of Model Aeronautics (AMA), and the Small UAV Coalition.

The agency is also approaching the issue of commercial use of drones with some trepidation because of safety and other issues involved. It has proposed rules, which would possibly allow programs like those of Amazon.com for the commercial delivery of packages by drones to take off. But the drones would operate under restrictions such as a maximum weight of 55 pounds, and rules that limit flights to daylight and visual line-of-sight operations. For now, the agency has provided exemptions, including for research, under strict conditions to some companies.