The bring-your-own-device fad is fading 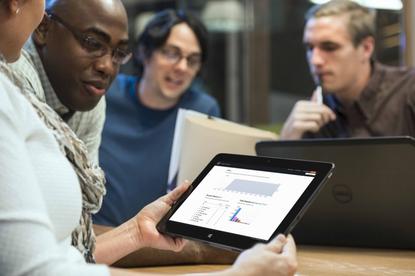 US companies are moving away from the bring-your-own-device (BYOD) trend that kicked off in earnest five years ago and had workers using their personal smartphones and tablets for work duties, according to a new study.

An online survey conducted in April and May of 375 US IT professionals in various private businesses found that 53 per cent allowed no BYOD, up significantly from 34 per cent in 2013. No BYOD means that a company provides smartphones and tablets to workers and bans the use of personal devices for work.

"It's not quite the death of BYOD, but there does seem to be a decrease in the use of BYOD in enterprises," said Tim Herbert, senior vice president for research and market intelligence for CompTIA, a nonprofit IT trade association, which conducted the survey.

The BYOD findings were published recently in a comprehensive CompTIA report, "Building Digital Organizations," that tracked the intertwined influences of mobile devices and cloud computing on enterprises. "Cloud and mobility represent a true revolution," the report said, noting that the two technologies represent 100 per cent of all growth in IT spending in 2015. Wireless data spending globally will be [US]$536 billion, while sales of smartphones and tablets will reach $US484 billion; overall cloud spending will reach $US118 billion.

"There is a clear move towards a policy of no BYOD," the report stated. Companies find they can pursue mobility initatives just as well by providing mobile devices to workers "who are often happy to take a corporate device if it is the same thing they would choose on their own."

Various studies, including one by management software vendor Good, have concluded that about 70% of smartphones and tablets used by enterprises run on Apple's iOS.

The CompTIA report noted that even when companies ban BYOD, "ambitious employees will find ways to utilize personal devices and applications even if they are forbidden."

The survey exposed a trend away from BYOD also noticed by Jack Gold, an analyst at J. Gold Associates. "There certainly is a curtailment of BYOD from where everyone thought it would be a couple of years back," Gold said. "Companies are much more cautious now, knowing that the benefits of BYOD often don't outweigh the risks."

Gold agreed that workers are getting more of the devices they want from their companies so there's less motivation to circumvent IT. "A lot of the original motivation behind BYOD was by users wanting to replace older style corporate devices like BlackBerry, with newer iPhones in particular, but increasingly Android as well."

Both Gold and Herbert said many corporations five years ago thought they could save money by having workers both buy their own devices and pay monthly service bills. "But that's generally not been the case, as companies have come to realize there is no free lunch with BYOD," Gold said.

Another reality is that workers recently have found they can keep their personal photos, music and other data in a personal cloud repository, which means their personal treasures won't be lost if the worker leaves the company and has to surrender a corporate-owned phone or tablet, Herbert said.

The CompTIA study also found evidence that discussions within corporations about BYOD as well as mobile device management (MDM) have settled down. Sometimes, companies that never had an internal device usage policy have created a security policy and have trained workers on what uses are not allowed with smartphones and tablets, which lowers the security risk. For example, a company that never had a policy restricting which websites can be visited on a work device or that never restricted use of a smartphone camera, might in the past two years have instituted mobile policies, Herbert said.

"MDM is probably not at the adoption level some would have expected a few years back," Herbert said. "Some of the reason may be that companies have focused on getting the mobile usage basics right and now may have a security policy that covers mobility. It was odd that for years many companies simply didn't have a formal policy for mobile uses."

If an organization controls the type of smartphone or tablet used by banning BYOD, it can more easily set the policies and see they are adhered to, which can result in fewer security breaches and lowered costs to deal with breaches. "There's also been more investment on the employee training side and employees are more self-aware" about mobile security risks, Herbert said. "As a result, the original projections of MDM haven't been realized."

CompTIA interviewed IT executives who said the corporate focus on MDM and BYOD will evolve into greater attention on the Internet of Things, largely as an extension of mobile technology capabilities. "IoT is a very broad area, and we define it as adding intelligence to devices that previously didn't have it," Herbert added.