When regular old radio is streamed online at Apple scale, something amazing happens. 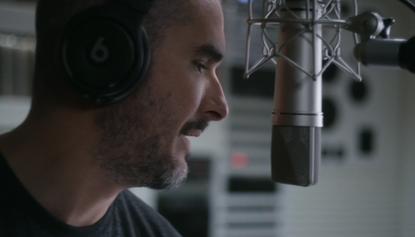 When Apple announced it was creating an Internet radio station called Beats 1 to go along with its Apple Music service, I was dismissive.

It didn't make sense. There are already thousands of Internet radio stations broadcasting worldwide that have been around for years. The DJs Apple poached from the BBC and elsewhere have been streaming music on the Internet for years -- and Apple's fans barely noticed.

Apple's recent music rollout came in three parts: Apple Music, which is a streaming music service; Connect, which is a kind of promotional social network for artists; and Beats 1, which is an Internet radio station.

Of these three components, the least innovative, least unique and least technology-oriented is the Beats 1 radio station.

It's also by far the most brilliant. I'll tell you why later. But first, the facts.

What you need to know about Beats 1

Beats 1 is free, of course. It's available to anyone running the desktop PC version of Apple's iTunes 12.2. It's also available to iOS users now and will become available to Android users later. The Apple Music app will be Apple's first Android app ever.

Weirdly, the station is ad-supported. The ads are short, public radio style "audio mentions" for "sponsors" rather than full-blown commercials.

Beats 1 showcases music industry big shots, starting with the DJs Apple has hired to headline the service: radio personalities Zane Lowe (the BBC's best DJ), Ebro Darden (the top guy at New York's Hot 97), and Julie Adenuga (who was at MTV and the BBC before joining the London underground radio station Rinse FM).

Interestingly, songs with explicit lyrics are censored, even though it's legal to play uncensored songs over the Internet. It's no doubt that Apple is doing that to make the service more palatable to a global and general audience.

Like your typical garden-variety radio station, Beats 1 takes requests. Anyone in the world can request a song by sending an iMessage to: beats1radio@icloud.com or by calling one of the phone numbers on this page.

Apple says that Beats 1 is live, but that's not true. So far, it's been doing 12 live hours, then replaying those 12 hours. So it's about half live, half recorded.

When Beats 1 was announced, it seemed ordinary and unremarkable -- and it would have been if Apple had followed the common path, which is to create a separate radio station for every genre. Instead, Apple came out with one station. In doing so, it set that station apart from all others in a major way.

Why Beats 1 is pure genius

Beats 1 is a regular Internet radio station. At the same time, it's completely unique for two reasons. The first is that it's got massive scale because Apple is behind it it broadcasts live to 100 countries. Numbers have not been released, but there's no question that it's by far the most widely listened-to streaming radio station ever.

The second reason Beats 1 is unique is similar to the reason the iPhone is unique: Apple offers only one, which focuses and concentrates the world's attention on it.

Because of Apple's prominence and marketing mojo, Beats 1 instantly became the official radio station of Apple users worldwide, and secondarily to Windows PC users. The social networks, and especially Twitter, are chattering endlessly about Beats 1.

The Internet (and to a lesser extent cable TV) has destroyed something everyone over the age of 40 used to experience all the time, which is a universal and consistent shared media experience.

The only time that changes is around "events," such as the World Cup, the Super Bowl or the Oscars, or catastrophes like 9/11.

Beats 1 is the only medium that offers an always-there global shared content experience. For example, when I listen to Beats 1, I can assume that some percentage of my colleagues in the tech press are listening to the same thing I am. One of my kids might be listening. And I know that at this very moment, a non-trivial number of people in India, Mongolia, Egypt, Fiji, Sweden and dozens of other countries are listening to the same song at the same time. And that knowledge changes the experience of listening.

Because Apple has just the one radio station, and because it has deep pockets and a wide reach, it can do things no one else can do.

If and when, say, Zane Lowe drops in a previously unknown artist, that person's career can be made instantly.

The power of Beats 1 won't be lost on the music executives Apple negotiates with for licensing deals.

In Beats 1, Apple also gives itself an enormous megaphone to promote Apple Music and other Apple products and services. For now, the DJs are mostly flogging Beats 1 itself between songs, with slogans like "Coming to you worldwide" and "Always on."

Beats 1 is flawed. With Apple's vast resources, it's almost bizarre that it's selling sponsorships and playing recorded reruns. A true home run would have been live, commercial-free programming 24/7.

But by giving the world a high-quality, global shared music experience, Apple gives itself enormous new relevance, credibility and power in the music industry -- possibly even more so than during the height of iTunes' relevance.

What will Apple do with its newfound heft in the music industry? Beats me. My guess is that it will try to drive the world back to Apple Music and to the Apple Store to spend even more.