Appointment made to help build up its channel ecosystem 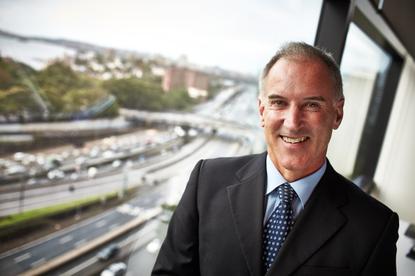 Guy replaces Anne Collins, who was promoted to the role of Quantum Asia-Pacific channel sales director in 2014. The position remained empty since then, with Collins partially covering it with Quantum country manager, Adrian Sharkey.

With Guy filling the role, he will report directly to Collins.

Guy’s role includes helping Quantum build up its channel eco-system through the recruitment of new partners and expanding on relationships with existing partners. He will also be responsible for managing all aspects of the existing Quantum channel program across A/NZ, including distribution, value-added resellers, system integrators and technology partners.

According to Guy, going into the new financial year, Quantum aims to build on its regional channel partners’ success by providing them with additional archive, backup and storage solutions for the Cloud and datacentre.

He claimed that the company will also be focused on recruiting new partners in the video surveillance, datacentre archive and backup, media and entertainment, and high-performance computing segments.

“Quantum is positioned to add value to existing and future partner offerings and meet the most demanding workflow challenges that end users are facing.

“I’m eager to work with our existing channel partner community to give them the sales and presales support they need to create demand in the market, as well as welcoming new partners on board in the coming months,” he said.

Guy has had more than 30 years’ experience in developing strategic partner engagements for several vendor organisations within the Asia-Pacific region.

Prior to this appointment at Quantum, Guy was the A/NZ partner manager and regional channel manager at Brocade Communications. He was in this role for almost two years. Before that, he was the Asia-Pacific partner sales manager within the company. He held on to this position for almost two years too.

He also served at Hitachi Data Systems Australia for four years as its channel director before taking on the position at Brocade Communications.

“We’re looking forward to working with a channel-focused expert who will continue to expand and align our local channel relationships with our key offerings and objectives for the year ahead,” Collins added.