Scott McNealy sees gold in the hills of social data

Now head of Wayin, the former Sun CEO aims to wrest enterprise value from all the chatter 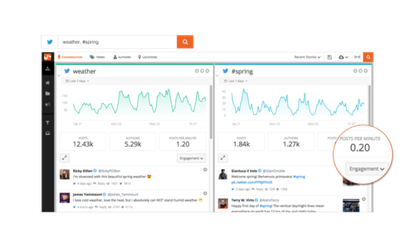 It's coming up on four years since ex-Sun CEO Scott McNealy launched Wayin, but the startup today bears little resemblance to its original self.

When it was conceived, Wayin was billed as a social gaming site where users could post photos and questions, create quick minipolls and solicit opinions.

Over time, however, it became clear that "Pinterest had already won," he said.

Changing course, the Denver-based startup evolved a stronger enterprise focus instead. It also moved McNealy -- a self-avowed workaholic renowned for his business drive and outspoken views -- into the CEO chair.

"People around here will tell you I'm freaking nuts," McNealy said. "I have a sense of duty and a strong work ethic. As a CEO, I'm not sure I know how to back off."

Today, Wayin calls itself a social-media intelligence and marketing software company that "gives brands control over their social data to create real-time experiences for consumers that foster trust and drive action."

Like many corporate descriptions, it's a bit of a mouthful and not very clear.

McNealy elaborated, noting that there are three key ways in which social media can be valuable to enterprises. One is by serving as an alert system of sorts, offering early warning about relevant global trends and events.

The second is by offering insight into sentiment, or what people are thinking about a particular topic at a given moment. "That's the big analytics market," McNealy said. "There's value there, but it's hard sometimes to understand how much insight is really worth, and it's hard to prove you're delivering insight."

The third area -- persuasion -- is where Wayin's focus lies. "We believe social media persuades and engages," he explained. "All brands are interested in persuading people."

By tapping into real-time social-media trends, Wayin says it can help brands conduct real-time marketing that's persuasive -- and it says it can prove the results.

McNealy offers the example of a client that runs an electronics e-commerce site. To help shoppers trying to decide among numerous cameras for sale there, Wayin ranked the various models by volume of social traffic and also made it possible for shoppers to see real social-media posts about each of them. The result: The retailer achieved a whopping 24 percent click-through rate on its click-to-buy service.

"We're tapping into this whole concept of people and trust," McNealy explained. "We can use technology in the cloud to get the right conversation on the right screen or Web page, and companies pay us because we can prove the return."

So far, Wayin has focused primarily on analytics such as click-through rates for proof of its effectiveness, but it plans to expand such metrics soon, McNealy said. Meanwhile, it has forged data-integration partnerships with Twitter, Facebook, Instagram and Klout.

Originally created by McNealy along with co-founders Scott Johnston and Tom Jessiman, Wayin named McNealy CEO in May, replacing Elaine Feeney. The company has taken in $33.8 million in five funding rounds from investors including U.S. Venture Partners.

Now with 60 employees, it boasts sales growth of 260 percent year-over-year since 2013. Adobe, Best Buy, Coca-Cola, The Weather Channel, Major League Baseball and the Denver Broncos are all among the organizations it claims as clients.

Many traditional businesses are looking for help understanding social data, said Charles King, principal analyst with Pund-IT. "Making objective sense out of the giga-reams of social information being generated daily would be a remarkable achievement."

Wayin faces competition from players small and large, but "many of those companies position their efforts in social media as part of larger portfolios," King noted.

Wayin is betting its persuasion-focused approach will set it apart.

As much as half of the total value of today's corporate advertising budgets is "a jump ball," McNealy contends. The competition is between traditional, hindsight-oriented approaches and forward-focused tactics using real-time marketing.

"This is billions and billions of dollars at stake," he said. "It's a big business opportunity."

That opportunity may well be tailor-made for McNealy, who calls himself not only a "raging libertarian" but also "a hopeless capitalist: I love investing, building, growing, buying, selling, hiring and firing," he said. "Capitalism is an economic war that has positive effects -- it's a wonderful war and a great competition."