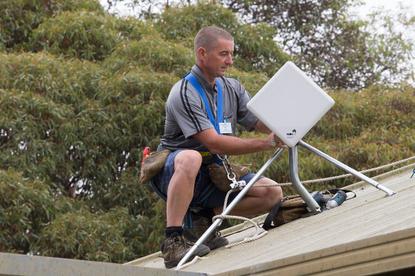 The nbn has issued a statement indicating that more than 200,000 homes and businesses across the country have been added to the rollout of Australia’s national broadband network.

According to the company, the quarterly construction update covers more than three million Australian homes and businesses where work is already underway or in plan to commence before the end of December 2016.

Communities added to the plan include Kalgoorlie and parts of Margaret River in WA; Buderim on Queensland’s Sunshine Coast and Springfield in Greater Brisbane; Port Macquarie on the NSW Mid North Coast as well as Ryde, North Sydney and North Manly in Sydney along with Portsea on Victoria’s Mornington Peninsula and Beaconsfield in Greater Melbourne.

nbn chief operating officer, Greg Adcock, said the expansion of the rollout reflects the company's new multi-technology approach and is an important step toward reaching its goal of connecting eight million premises to the nbn network by 2020.

“Today, around one in 10 homes and businesses can connect to the nbn network. Our recently renegotiated construction contracts give us the confidence to schedule more than double that amount to start construction over the next 18 months.

“Across the country, more than a million families and businesses are already able to experience fast broadband by connecting to Australia’s broadband network,” Adcock said.