Agrees to a new contracting model with the Australian construction industry 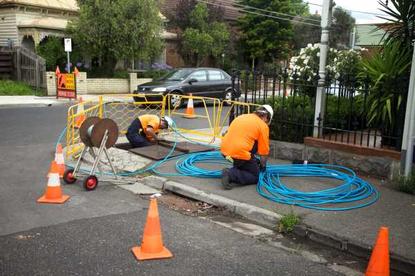 The National Broadband Network (NBN) has agreed to a new contracting model with the Australian construction industry and inked construction contracts that will enable the delivery of the NBN network to another four million homes and businesses.

Specifically, the performance-based contracts aim to increase the quality and speed of the rollout to homes and businesses in the fixed-line footprint, that will make up the vast majority of connections to the NBN network.

The first of the new contracts were signed on June 10 with construction partners Downer, Transfield, Visionstream, Fulton Hogan and WBHO. Contracts with additional suppliers are also being negotiated and nearing conclusion.

NBN Co mentioned in a statement that the new terms of agreement also represent a change from the old commercial model, which guaranteed large volumes of work to suppliers in specified states and regions regardless of performance but also placed upon them a high administrative burden and no competition for that work.

As such, these new simplified contracts aim to offer flexibility, incentives and competition.

“What this means is that the performance of our construction partners, the quality of their work and their adherence to safe work practices will determine how much additional work they will receive. We have worked closely with the industry to reduce the complexity of our contracts to make them easier to administer and to reward good work as we gear up to accelerate the rollout,” he said.

Morrow added the NBN has a goal of ensuring that all homes, businesses and communities across Australia can access high speed broadband by 2020, including having eight million premises connected to the NBN network.