Splunk tunes up channel strategy after parting with Distribution Central 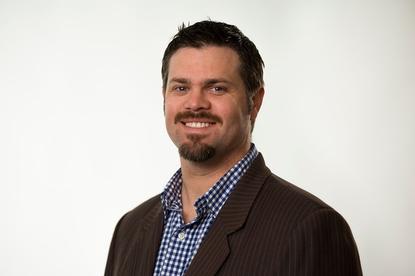 Splunk country manager, Daniel Miller, said it had a successful relationship with Distribution Central, and even though he was sad to split, it was the right decision.

“We hold nothing but the highest respect and regard for Distribution Central and we’re sad that we’re not still working with them, but it was the right decision for both of us to part ways,” Miller said.

In the past 12 months, Miller said the company began mapping out a strategic channel model after appointing Emilio Umeoka, as its global head of channels. Later this year it will also roll out a formal channel program globally.

“We put a stake in the ground as a global organisation about what our channel model needs to look like and focusing on a narrower set of organisations that are wanting to invest heavily in Splunk,” Miller said.

“We parted well and we’ve got a lot of respect for DNA, but their model was better suited for Splunk,” Verykios said.

In forging ahead with its sole relationship, DNA Connect, will be establishing some new initiatives for Splunk partners to enable them from a technical and sales perspective, and create more lead generation.

“We’ve just done a national round of enablement workshops and had more than 60 engineers go through,” DNA Connect executive director, Munsoor Khan, said.

DNA has been a Splunk distributor since 2008 and stated that it has competed with four other distributors during this time. Splunk enables companies to search, analyse and monitor live data across the IT network.

“As the Splunk business has grown, we have invested in further resources and channel development initiatives that Splunk needed as the partner base matured,” Khan said. “We initially performed the role of a vendor including enterprise selling and running POC’s whilst recruiting channel partners to transact the deal.

"We combined this approach with channel enablement and licensing expertise and built up the channel to become more self sufficient so we could take a step back from the actual direct selling. We continued to pass leads to the channel who then owned the relationship with the customer.”

Khan said its role evolved from ensuring deal registration was taking place through to deeper product enablement, which then evolved further into running instructor-­led courses and fully certifying the channel and their customers.

“Our pre­sales team and architects had a mixed role of assisting channel partners with pre-­sales and deployment whilst also becoming instructors for all formal certification training,” he said.

“We’re now involved in professional services with partners including application development and our training expertise is increasingly being called upon from outside of Australia where Splunk skills across APAC are pretty scarce.

“We’ve always been a technically focused organisation so we’re perfectly suited to disruptive vendors who are challenging the incumbent technology or trying to make inroads into an untapped market. This requires a fundamental different approach to what a broad­-based distributor usually offers and Splunk’s recent decision confirms that our strategy of a high­touch, technically led model works well.”