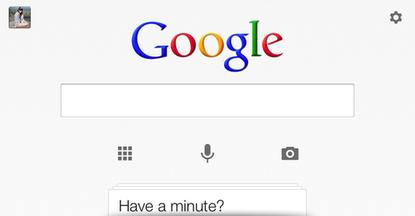 THE BIG ONE Google offers excellent tools on iOS—including voice and photo search—to help you find what you’re looking for.

Google will include a "buy" button in its search results on mobile devices in the coming weeks, said a report on Friday in the Wall Street Journal, a move that could give online shoppers an easier way to buy products on small screens.

The change might also give consumers an alternative to mobile apps from companies like Amazon and eBay, though it might jeopardize retailers' ability to directly market to their customers.

The buy button will appear on Google's search results pages when people search for certain products on mobile devices, said the report, which cited unnamed sources. If users click on the buttons, they'll be taken to another Google page where they can choose among sizes and colors, select shipping options and complete the purchase, the report said.

Google reportedly will let shoppers enter their payment information just once, store it, and automatically load it for future purchases on Google's shopping pages.

The products will still be provided and sold by the retailer and not by Google. Macy's is in talks with Google to take part in the launch of the button, according to the Wall Street Journal report.

Representatives of Google and Macy's did not immediately respond to requests for comment.

The buttons will accompany only sponsored search results, not regular results driven by Google's basic search algorithm, the report said. At first they will only appear with a small percentage of Google's search traffic.

Over time, the buttons could help Google expand its search service beyond information and links to also encompass an online storefront. But the program could weaken retailers' connections with customers.

To help preserve part of that connection, Google will allow consumers to opt in to the same marketing programs they would be exposed to had they bought the item on retailers' own sites, the Wall Street Journal report said.

A Google "buy" button is would come as other sites like Facebook and Twitter try out new ways to let users make purchases without leaving their sites.

Exactly when Google will launch its "buy" button isn't clear. If it does indeed arrive in the coming weeks, that would be around the time of the company's annual I/O conference for outside developers.