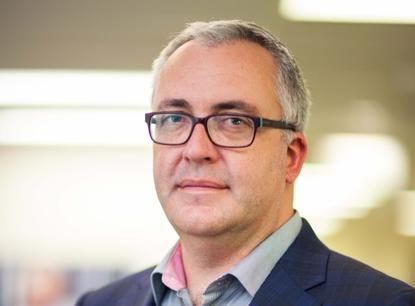 Cyber security company, Fortinet, has restructured its entire management team within the A/NZ region with new appointments, promotions, and hires.

“We [made the changes as we] are looking to replicate our sales success in New Zealand for Australia with a renewed focus on larger enterprises, datacentres and verticals such as education and manufacturing,” McGettigan, said.

McGettigan also mentioned that the changes were a part of the company’s increased focus into the channel – in terms of providing enablement through training and campaigns to make partners understand Fortinet’s strategies going forward.

“We want the right engagement with the channel, especially distribution. And having Cowen as the A/NZ distribution manager, with 18 years’ experience at Ingram Micro, certainly helps invigorate life into our channel and distribution strategy.”

In addition, it’s appointed Tracey Roberts to the A/NZ marketing manager role, Genevieve White as channel director for Australia, Gary Gardiner as A/NZ director of engineering and services, as well as Jim Cook to the senior sales manager role.

The changes in appointment were made as of January 1 this year, but the changes have only just been announced.

“We’re looking to expand our business significantly in Australia. It’s a much larger marketplace than New Zealand and hasn’t been represented as well as it could have in the past from a marketshare point of view,” he claimed.

According to McGettigan, these moves follow the appointment of seven additional sales and support staff across A/NZ in Q1 2015.

The company’s also announced “record growth” for Q1 2015, with its total billings coming up to US$254.3 million, an increase of 36 per cent as compared to the same quarter of 2014. According to the company, this first quarter billings growth was the highest since it became a public company five years ago.

“Today’s datacentres need speed and we deliver. Fortinet offers broad and integrated protection in a security platform that scales from the endpoint to the Cloud, from megabit to terabit and can be deployed across an organisation from the smallest office to the largest datacentre,” he said.

He added that the company is moving from strength to strength, and its movements in the channel are a testimony to that growth.