MIT's Picture language could be worth a thousand lines of code 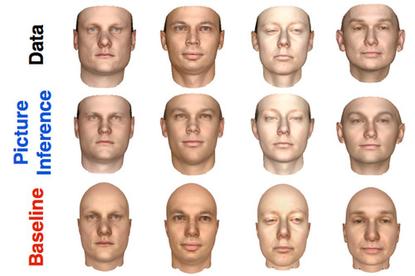 MIT's new work in probabilistic programming allows a computer to recognize a face through inference.

Now that machine-learning algorithms are moving into mainstream computing, the Massachusetts Institute of Technology is preparing a way to make it easier to use the technique in everyday programming.

In one test of the new language, the researchers were able to cut thousands of lines of code in one image recognition program down to fewer than 50. They plan to present the results at the Computer Vision and Pattern Recognition conference in June

With probabilistic programming, "we're building models of what faces look like in general, and use them to make pretty good guesses about what face we're seeing for the first time," said Josh Tenenbaum, an MIT professor of computational cognitive science who assisted in the work.

Picture uses statistical inference to cut away much of the basic computational work needed for computer vision. It works much like the inverse to computer animation. Computer graphics programs, such as those used by Pixar and other animation companies, make two-dimensional representations of three-dimensional objects, given a relatively small amount of instruction from programmers. The Picture language works in the opposite direction. It can recognize an object within a two-dimensional image by comparing it to a set of models of what the objects could be.

The work stems from a program that the U.S. Defense Advanced Research Projects Agency launched in 2013 to develop probabilistic programming languages to further facilitate the use of machine learning.

Although an academic pursuit for decades, machine learning is quickly becoming a feasible technique for commercial use, thanks to more powerful computers and new cloud machine learning services offered by Amazon Web Services and Microsoft Azure.