HTC One (M9) review: The weakest One in the trilogy

Is HTC still trying to make the best phone in the world? 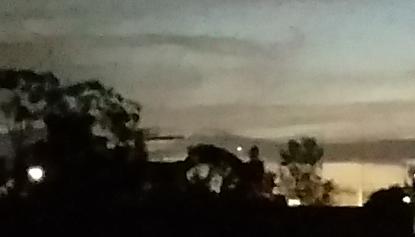 The third generation One smartphone from HTC has gone on sale in Australia. Changes include a camera that has jumped five-fold in size to 20-megapixels, support for more LTE bands and a meticulous approach to smartphone design.

But are these changes enough to make the M9 the phone of choice in a market where the competition from Apple, Sony and Samsung is savage?

Metal is liberally used for the body of the M9. The fine hairline finish returns and the plastic composite insets — needed for reception’s sake — blend in seamlessly.

If anything, HTC has become masters at manipulating premium materials. It takes twice as long to make an M9 at 300 minutes. The manufacturing process consists of 70 steps and every M9 is hand-polished.

New to the third generation smartphone is a dual-tone unibody. Gold borders the smartphone’s perimeter and a satin mirror finish has been applied so that it glistens in the same way as a fine piece of jewellery.

Kudos goes to HTC for bringing together such fine materials. The only qualm is they have been manipulated to a shape that is less inspired.

Take a look at the older M8. This was a smartphone that looked as though it rested at the core of an aluminium block, and it was there waiting for an artisan to come carve it out. Its entire construction was seamless as it wrapped from one side of the smartphone all the way to the other, uninterrupted and without seams, and, more importantly, it had a shape that was as striking as it was ergonomic.

The succeeding One (M9) doesn’t do enough to uphold this illusion. The front and back are two visible parts. A fat lip highlights where these two parts meet, and it gives the impression these materials, as premium as they are, have been put together. Seeing and feeling this seam makes the smartphone less special.

Then there’s the shape, dictated by function and form, with it resembling more a prism that has had its sides shaved round.

There is a prevailing sense that HTC has been trying to do more with less when it comes to its flagship. Shaking this feeling off is hard because there are other signs concessions have been made.

Stagnating in both size and resolution is the screen. It is remains a large 5-inches and has a rich 1920x1080 resolution. Cramming 441 pixels into each inch means the pixels making up text, photos and videos can’t be seen. When the technology at work disappears into the background, only the content is left.

Clarity doesn’t let down the display of the M9. It’s the brightness that does.

The display settles for mediocrity with its rendition of colours and levels of brightness. Screens drain batteries and companies often discount performance in the interest of battery life. Unfortunately it doesn’t appear HTC has held out on display innovation for the sake of prolonged battery life.

Elevating the viewing experience are third-generation BoomSound stereo speakers. These front-firing speakers are amplified and bear the signatures of the connoisseurs from Dolby Audio. Dolby’s handy work doesn’t make the BoomSound speakers any louder, though the relatively tiny smartphone speakers produce sound with more detail. The BoomSound speakers of the M8 led the industry and those featured on the M9 uphold that proud tradition.

Multimedia in general bodes well for the M9. Older One smartphones relied on low 4-megapixel cameras and the gimmick of re-focussing photos. HTC would’ve poured a lot of money into developing these technologies, and it takes guts to concede they are not working out.

Now a high resolution 20.2 megapixel camera rests on the back of the M9. Unfortunately it is still not enough to compete with the industry’s best.

...small touches make HTC’s version of Android individualistic without bogging the software down

Ditching its prior imaging technologies means HTC has had to start again from scratch, when its rivals continue to invest in cameras generations ahead. This is a third generation phone with a first generation camera.

The problem with the rear camera is that it only works well in a specific range of lighting conditions. Take photos under the natural lighting of the sun and you’ll have a good photo. Add shadows and a narrow contrast range exaggerates the colours. Pop it in HDR mode and you’ll have to keep hands dead still for photos to be clear. Step inside and the light shining through the window will wash out the detail. Wait for the sun to set and the colours under fluorescent bulbs will be flat. Take a photo at night and it will be excessively grainy as a result of too much image noise.

Recorded videos tell the same story. The M9 can record videos in resolutions as large as 4K, and they will suffer from image noise and a slow autofocus unless lighting is ideal.

Redeeming the smartphone is the calibre of its front camera, as HTC has been working on its development for more than two years. It is the Ultrapixel camera from former One (M7) and (M8) smartphones, and its 4-megapixel resolution proves competitive when it comes to self photography. It is attuned to a wide range of lighting conditions and is one of the best front-facing cameras on any phone.

Click over for more on software, hardware battery life and the verdict

A year on and HTC’s software continues to mature. Sense 7 is uncluttered and intelligible. The BlinkFeed news aggregator returns and it’s more streamlined than ever. New additions include the ability to tailor themes and a widget that lists popular application shortcuts based on whether you are out, at work or at home. These small touches make HTC’s version of Android individualistic without bogging the software down.

Missing is a market leading feature

HTC’s custom Sense 7 overlay coats the latest Google mobile operating system, Android 5.0 Lollipop. Consistent design and a strong range of multimedia applications — particularly the gallery, the music- and video players — help the operating system feel as though it was built from the ground up.

Missing is a market leading feature. HTC’s Sense TV, an application the combined an electronic program guide with the smartphone’s IR remote, is no longer present. In its place is the application in which Sense TV was based on, called Peel Smart Remote, and although it will still command home entertainment set ups, the fact HTC hasn’t bothered making it thematically consistent reveals it is no longer running that extra mile.

The real test of the M9’s software is not in how it feels when the phone is popped out of its box, but rather in how often and how quickly HTC can release software updates. The company’s history inspires confidence in delivering updates and after sales support.

Separating the M9 apart from its predecessor is its processing hardware. Inside is a 64-bit Snapdragon 810 chipset. It has an octa-core CPU, which combines a 1.5GHz quad-core CPU with a 2GHz quad-core CPU, and it alternates between the two depending on the intensity of a task. The smartphone has 3GB of RAM and 32GB of internal storage, and if you can find one, it’ll take a 2TB microSD card.

The battery underwhelmed in performance, especially when it is compared to the One (M8)

All of this puts the M9 at the forefront of the flagship pack, alongside Samsung’s upcoming S6. It is visibly quicker out of the box, with the Sense software gliding effortlessly from one page to the next. The smartphone will alternate between multiple applications without problem and it takes intensive applications in its stride. Playing Real Racing 3 on the smartphone, a game 833 megabytes in size, was characterised by a fluid frame rate and crisp graphics, and it was accompanied by the voluminous BoomSound speakers.

Connectivity is another strong point for the M9. HTC claims the smartphone supports three times as many LTE bands as its predecessor. Joining 4G is dual-band Wi-Fi 802.11ac, NFC and Bluetooth 4.1.

Built into the body of the One (M9) is a large 2840 milliamp battery. The battery underwhelmed in performance, especially when it is compared to that featured in the One (M8). We would describe our usage of the smartphone as intermediate. We made calls, sent texts, emailed took photos, played music, surfed the web and made use of various social networks. Gaming and GPS usage during testing was light.

Good Gear Guide found the battery in the HTC One (M9) would last 18 hours on average before needing to be charged. This is an ordinary result for a flagship and it disappoints when it is compared to the older One (M8), which would hold charge for a day and still have a quarter battery left.

Charging the battery takes time too. Rivals are kitting smartphones with fast charge features. Replenishing the battery in the HTC One (M9) from flat to full takes 2 hours and 20 minutes.

Compromises plague the One (M9). The rear camera works well in a limited range of lighting conditions, the battery life has regressed, less pride has been taken with the software and the design is less inspired.

Older One flagships evoked an emotive response when held in the hand; they felt special. Holding the M9 no longer feels like an engineering feat, but rather the by-product of engineers partnering with accountants.

A lack of innovation hampers the smartphone. No all-new features were introduced in the M9. We fear HTC has fallen from the front of the pack to somewhere in the middle.