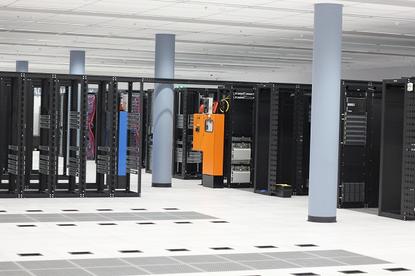 The data centres in Melbourne and Sydney will be identically equipped, providing redundancy in the case of disaster. They will provide all of SoftLayer's cloud services including bare metal and virtual servers, storage and networking in one integrated platform.

IBM has opened its second Australian SoftLayer cloud centre in Sydney as part of IBM’s $1.2 billion investment to expand its cloud services.

The new facility joins Melbourne in meeting the growing customer demand for scalable cloud solutions with global reach in Australia.

The Sydney centre will be the same size as the Melbourne centre, which was opened late last year.

An IBM spokesperson told ARN that the company was leasing space within an existing Sydney facility to house the new centre.

"Since opening the centre in Melbourne there has been continued momentum and demand for SoftLayer," a spokesperson said.

"Every month hundreds of new customers are signing up to SoftLayer from large scale enterprise to start-ups across Australia and the Asia Pacific region.”

According to a company statement, it has experienced a boom across other SoftLayer facilities in the Asia-Pacific (APAC) region, including Hong Kong, Singapore, and Tokyo.

The Sydney facility broadens data redundancy options within Australia and APAC while providing secure, scalable, and customisable infrastructure solutions for both enterprise and born-on-the-Web businesses.

It was built using SoftLayer’s standardised pod design and has capacity for thousands of physical servers.

The two centres will each have an initial capacity for 15,000 physical servers, spread across three 5000-server pods, which can to as many as 100,000 servers.

The will have direct connections to datacentre in Singapore, Hong Kong, Los Angeles and Tokyo.

With services deployed on demand and full remote access and control via a customer Web portal or API, customers can create their ideal public, private, or hybrid cloud environments.

In addition, SoftLayer will be conducting a series of training courses for anyone looking for thorough instruction and hands-on activities to become more proficient using the SoftLayer cloud platform.

ARN has contacted IBM regarding the exact location and size of the datacentre, and is awaiting a response.

ChannelPace is among the first customers who will use the centre.

“IBM Cloud’s growing number of SoftLayer datacentres, all connected via SoftLayer’s global network, make it easy for us to expand and grow our business," he said.

"With the Melbourne datacentre and new Sydney datacentre, we have the option of data redundancy right here in our backyard.”

As part of Catalyst, SoftLayer’s startup accelerator program, ChannelPace launched its company out of stealth mode and expanded its business into 56 countries on the SoftLayer platform.

Furlong said, as member of Catalyst, the company was able to leverage IBM Cloud’s entire SoftLayer portfolio, including its unique network-within-a-network architecture, which has helped us deliver unlimited traffic ‘on network’ between servers in different datacentre locations around the world.

“We truly consider IBM Cloud’s SoftLayer to be an extension of our business.”

“SoftLayer’s free and reliable back-end connection between datacentres is critical to the stable operation of our game service," he said.

"As IBM Cloud expands its SoftLayer services to more countries globally, we'll also be expanding the breadth of ‘Path of Exile,’ simply by hosting servers in each new datacentre.”