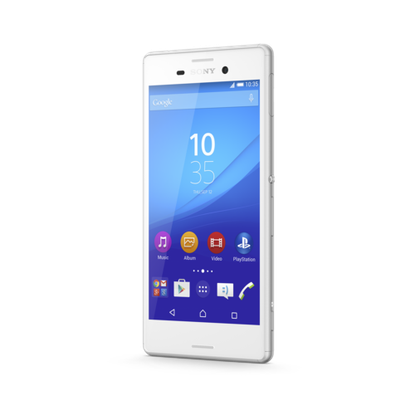 The Xperia M4 Aqua from Sony is waterproof and has LTE.

The mid-range of the smartphone market is getting hyper-competitive, but Sony is betting the waterproof Xperia M4 Aqua will help it make a mark.

Well-equipped smartphones that cost US$300 or less is one of the big trends at this year's Mobile World Congress, and Sony wants in on the action.

Sony is also boasting about the M4's battery life, which is increased by the processor and Sony's own Stamina and Ultra Stamina modes. The company promises a two-day long battery life, but doesn't elaborate on how much the phone can be used and still last that long.

On the software side, the M4 is running Android Lollipop, and Sony has adopted Google's material design for the company's additions to the operating system's user interface, it said.

But even if Sony has put together a promising product, success is far from certain. There are multiple other products to choose from that have similar specifications, including HTC's Desire 820 and ZTE's Blade S6, which are also powered by the Snapdragon 615 processor.