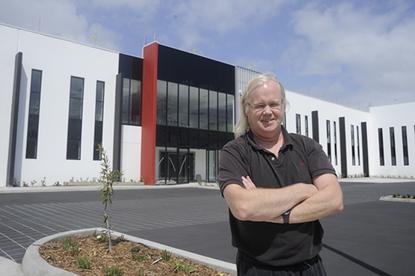 ASX-listed Dicker Data (ASX:DDR) has significantly reduced its headcount and seen its net profit after tax fall 57 per cent to $1.5 million for the first half of 2015 financial year.

The previous corresponding period net profit after tax was $3.6 million.

The decrease has been put down to the costs associated with integrating the Express Data business.

Despite this, revenue jumped up 121 per cent to $498 million and net operating profit before tax was up 20 per cent to $6.3 million. Gross profit during the first six months was $45 million, up from $18 million in the previous corresponding period.

“We’re happy with where the company is going, it’s got a good structure and we’ll make a few improvements and get good financial results,” Dicker Data CEO, David Dicker, said. “It’s a pretty large operation now and we’ve got to try to make it work as best as we can.”

During the first half, Dicker Data’s operating expenses increased $30 million to $43.1 million due to a significant increase in salary and related expenses with its Express Data acquisition.

Prior the acquisition Dicker had 100 staff. Headcount ballooned to 460 staff across Australia and New Zealand, but that has since decreased in the past nine months to 350 staff.

The distributor also incurred additional one-off restructure costs of about $4 million, mostly due to redundancies. Underlying EBITDA was $16 million, up from $7.5 million in the previous corresponding period.

“Our sales per head metric start at $4 million. At the moment we’re a bit under that number and if we can get to that number by increasing sales then I’m perfectly fine with that,” Dicker said. “I’d much prefer to do that than reduce the number of people we have. If we don’t maintain the metrics that we operate with, then we’ll be under competitive and we’ll be screwed, so we’ve got to get there.”

Excluding the acquisition, revenue contribution from Dicker’s existing vendors was $252 million, up $28 million when compared to the same time last year.

Dicker stated it still maintains top distribution market share for HP products, with the vendor contributing $139 million in revenue, up by $7 million due to quarter-on-quarter growth derived from its printing (IPG) portfolio.

In its volume group of vendors, it increased its revenues by $8 million to $88 million. Dicker expects to see growth within its volume vendor business as it adds new vendor relationships to its portfolio during FY15.

The distributor increased its Lenovo market share, particularly in the small business sector, which was up $4 million. This helped offset the declines in Sony and Samsung, which both withdrew from the PC market.