Sees net profit increase to $25.2 million and EBITDA increases to $44.7 million for the first half of FY15. 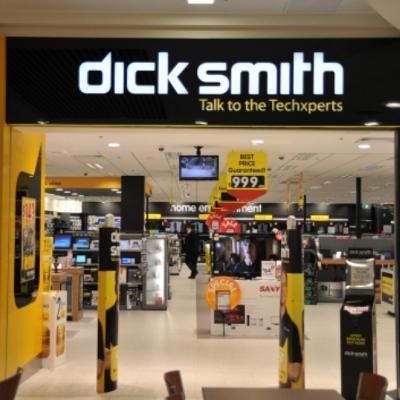 The opening is part of the retailer’s growth strategy, which has begun paying off for the retailer as it reports a net profit increase of 0.8 per cent to $25.2 million in the first half of 2015 financial year ending December 31.

Australian sales were up four per cent on the previous corresponding period to $606.1 million. However, New Zealand sales declined 9.3 per cent to $87.7 million, impacted by aggressive competitive pricing and deterioration in consumer sentiment.

“Our result this half reaffirms that our growth strategy is performing strongly,” Dick Smith managing director and CEO, Nick Abboud, said. “We delivered profitable comparable and total sales growth, despite challenging market conditions. We expect further strong performance from our growth strategy and anticipate approximately 10 per cent total sales growth in 2015.”

Abboud said consumer demand drove a 40 per cent expansion of its private label range. “This has allowed us to price our branded products more competitively, enabling us to grow our market share,” he said.

Since implementing its growth strategy about 18 months ago, the retailer has opened 65 new stores, with 11 stores opened during the first half of FY15 and a further nine stores to open by the end of the financial year. It has also increased brand awareness, attracted new consumer demographics, increased online sales to more than seven per cent in the first half FY15 and also launched ‘Move by Dick Smith.’

“Our growth strategy is based on the premise that we will ensure we are competitive in the marketplace but we will also focus on identifying new target customer groups not currently being catered for by the market,” Abboud said.

“Our online operations have surpassed our expectations. Online sales continue to grow strongly and now represent more than seven per cent of our retail sales. We anticipate achieving our objective of more than 10 per cent of retail sales online well before FY17.”

“Dick Smith is well placed to deliver further strong sales and profit growth in the next 18 months,” he said.