Oppo R5 review: Among the most innovative of smartphones

The underdog from China has beaten the big brands to many 'world firsts'. 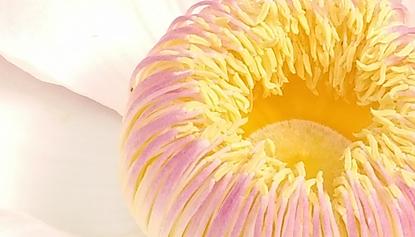 Oppo has one-upped the established heavy weights in the smartphone industry with its R5. The 4.85mm smartphone has earned many 'world first' titles, but an important concession has been made along the way.

Place an R5 on an office desk and resting pens will tower over it. The company called it “the world’s thinnest smartphone” when it was launched. At 4.85mm, it certainly was, though between showcasing it for the first time and putting it up for sale, boutique Chinese company Vivo has undercut it by a fraction of a millimetre.

Creating a smartphone 4.85mm thin is wrought with obstacles. An example involves the manufacturing of the R5. Machines would scratch the aluminium chassis during the polishing stage. The scratches were microscopic, but selling smartphones with imperfections is not how a leading brand does business.

The technology needed to polish such a fine smartphone was not yet available. It is for this reason every R5 is finished by the hands of skilled craftsman.

Taking such pride is commendable. No doubt we’re impressed by the company’s conviction. The truth is when we hold the R5 in our hand, that one millimetre thickness separating it from an iPhone 6 is imperceptible.

Whether the R5 is a great smartphone boils down to the concessions Oppo has made – if any. There’s no point in being a thin phone if it has come at the cost of features or performance.

Up front is a large, articulate and vibrant screen. It spans 5.2-inches, has a 1920x1080 resolution and makes use of a superior AMOLED panel. Colours of all shades mesmerise on this screen, with both dim and prominent backlighting – depending on the occasion—and a resolution high enough to hide pixels from naked eyes. This display can hold its own with the best from Samsung, and that is as high as praise comes when we’re talking screens.

All the right processing guts work behind the scenes. A 1.5GHz octa-core CPU from Qualcomm is joined by an Adreno 405 GPU, 2GB of RAM and 16GB of internal storage. A memory card slot is absent and is one feature multimedia hoarders will miss.

Packing this potent hardware into such tight confines pushed Oppo to innovate the cooling methodology used. Phase changing material has been introduced to better dissipate heat and keep the smartphone cool. Executives from the company say this method of cooling will prolong the smartphone’s lifespan.

In a few words: it works. Our R5 ran cool during our review period.

And the hardware has a lot to do. One of the heaviest overlays buries the Android KitKat operating system. Oppo has added some function and plenty of animations. The overlay, called Colour OS, doesn’t deface or enrich stock Android.

Things for the R5 go sour from hereon. Powering the smartphone is a small 2000 milliamp-hour battery. When the screen is as large, as vibrant and as high in resolution as the R5’s, a bigger battery is needed. The capacity of the R5’s battery is the same as that found in flagship smartphones 24 months old. Limp battery life is the price paid for the thin waistline, and we consider it a high price to pay for a size difference that is too small to notice.

Our testing returned varied results. Good Gear Guide found the average battery life of the R5 was approximately 15 hours before needing to be charged. Redeeming this poor result is the second generation VOOC charger; a proprietary Oppo charger that can replenish the battery from flat to full in 50 minutes.

Oppo turned to connoisseurs Sony for the R5’s cameras. The front 5 megapixel camera will blow selfie-lovers away, with a wide enough colour gamut and a high resolution. Photos and UHD videos recorded with the rear camera will impress most of the times. Only high-contrast situations fluster the 13 megapixel camera, with detail being flushed out of the foreground or the background. This is a camera that will capture the majority of moments well, and capture a few well enough.

Oppo’s R5 is not without its problems. The battery life is below par and the camera struggles in high contrast situations. These small gripes don’t mean the R5 isn’t worth your time.

This is a special smartphone, the kind that proves what was previously impossible can be done. A smartphone can be thinner than 5mm, still have powerful components and be hand finished. Photos will still be great, the screen shall dazzle and charge — although lost quickly — can be replenished even quicker.

A lot of phones regurgitate the same tired design and features. They look and work like any other on the market. Oppo’s R5 has too much imagination to be one of those phones.