I love big screens and I cannot lie... iPhone 6 Plus accelerates Phablet craze

Over 400 million phablets will ship in 2019, a five-fold increase over the 138 million devices estimated to be shipped in 2015. 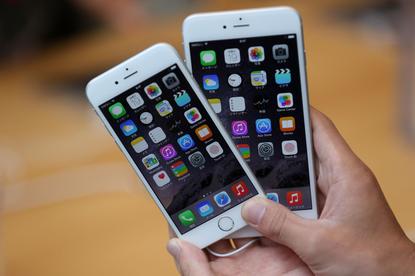 Over 400 million phablets will ship in 2019, a five-fold increase over the 138 million devices estimated to be shipped in 2015.

While the iPhone 6 Plus has brought the category further into the limelight, a new report from Juniper Research claims it is budget devices that will drive phablets (smartphones with 5.5-6.9” screens) into the global mainstream.

The report, Tablets, Phablets & Hybrids: Ecosystem Evolution, Vendor Landscape & Forecasts 2014-2019, claims that with steady increases in smartphone screen sizes, many flagship smartphones are likely to be phablets by default within two or three years.

"This is because consumers worldwide are increasingly using smartphones as media consumption and gaming devices, which offer richer experiences through a larger screen," the report states.

Consumers with phablets will be less likely to buy smaller-screened tablets, and the price of larger screens may put them off entirely.

Consequently, Juniper expects this trend to slow tablet adoption in markets where consumers already do most computing on smartphones, such as China.

The report has states that for many stakeholders, device elements are becoming more similar.

"Hardware capabilities are blurring, with devices like cellular-connected tablets, phablets and smartphones with console-level graphics and sound systems becoming much more common.

"This shifts device design parameters to budgets and use cases, rather than technological features."

According to Moar, the use of phablets in the workplace is expected to increase in the coming years, with vendors offering productivity software as standard with certain devices.