Big Blue reports full year profit of US$15.8 billion despite across the board revenue hit 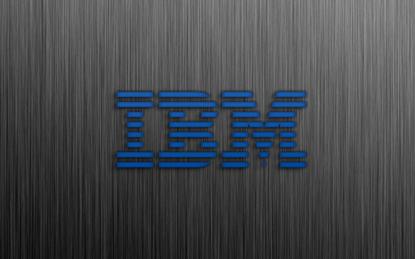 IBM's fourth quarter APAC revenues have dived 17 per cent, more than any other region, as the company reports full year profits of $US15.8 billion.

Net income was down seven per cent on the previous year's figure of $US16.9 billion.

Fourth-quarter net income from continuing operations was $US5.5 billion compared with $US6.2 billion in the fourth-quarter of 2013, a decrease of 11 per cent.

It reported consolidated net income of $US5.5 billion or $US5.51 of diluted earnings per share, including operating net losses in discontinued operations related to the microelectronics manufacturing business.

IBM chairman, president and chief executive Ginni Rometty, said the company was making significant progress in its transformation, continuing to shift IBM’s business to higher value, and investing and positioning it for the longer term.

"In 2014, we repositioned our hardware portfolio for higher value, maintained a services backlog of $US128 billion and achieved strong revenue growth across cloud, analytics, mobile, social and security," she said.

"Together these strategic imperatives grew 16 percent in 2014 and now represent $US25 billion and 27 percent of our revenue.”

In terms of geographic regions, the Americas’ fourth-quarter revenues were $US11.1 billion, a decrease of nine percent (down four percent, adjusting for divested businesses and currency) from the 2013 period.

Revenues from Europe/Middle East/Africa were down 13 per cent to $US8 billion (down one per cent, adjusting for divested businesses and currency).

Asia-Pacific revenues decreased 17 per cent (down 2 per cent, adjusting for divested businesses and currency) to $US4.9 billion.

The global services segment revenues decreased eight percent (flat adjusting for the impact of the divested customer care outsourcing and System x businesses and for currency) to $US13.5 billion.

While global technology services segment revenues decreased eight per cent (up two per cent adjusting for the impact of the divested customer care outsourcing and System x businesses and for currency) to $9.2 billion.

Global business services revenues were down 8 per cent to $US4.3 billion.

Software revenues were $US7.6 billion, down seven per cent (down three per cent, adjusting for currency) compared with the fourth-quarter of 2013.

Revenues from IBM’s key middleware products, which include WebSphere, Information Management, Tivoli, Workforce Solutions and Rational products, were $US5.4 billion, down six per cent (down three per cent, adjusting for currency) versus the fourth-quarter of 2013.

Operating systems revenues of $US557 million were down 19 per cent (down 16 per cent, adjusting for currency) compared with the prior-year quarter.

Hardware revenue for the systems and technology segment plummetted 39 per cent (down 12 per cent, adjusting for the impact of the divested System x business and currency) to $US2.4 billion.

However, total reported expense and other income from continuing operations declined 20 per cent to $US5.8 billion compared with the prior year period. The reported reduction was driven by the gain of $US1.4 billion ($1.1 billion pre-tax income benefit, net of related transaction and performance-based costs) from the divestiture of the System x business and the elimination of the expense for the System x business from the company’s run rate.