Why Smart TVs give smartphone operating systems a second chance

"Smart TVs are set to become an increasingly important category of consumer electronic device. Like smartphones, they will become hubs of content/service/advertising ecosystems." 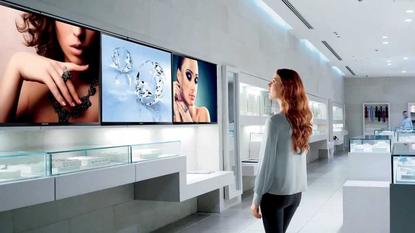 Prior to the event's opening day, CES 2015 in Las Vegas hosted a series of press events by some of the biggest Asian consumer electronics companies, in which they set out some of their new wares.

Smart TVs featured prominently among the new products, and several vendors announced that in future they would be basing their smart TVs on operating systems (OS) that started life in smartphones.

According to John Delaney, Associate VP, Mobility – IDC, smartphones are one of the biggest consumer electronic product categories, and they are also the hubs of ecosystems through which an increasing amount of content and media is consumed.

"That matters, because an increasing amount of a smartphone's value resides not in its hardware, but in the ecosystem of apps, content and advertising which is founded on the device's OS.

"This puts the owner of the OS in a powerful position to shape the ecosystem's development, and to receive a share of the money that passes through it."

Delaney says that while TV sets also started to get smart a few years ago, smart TVs took a while to catch on because of practical difficulties in connecting them to the internet, and because of the relative dearth of content and services to make the TVs' smartness valuable.

"But now those obstacles are largely gone, and smart TVs are set to become an increasingly important category of consumer electronic device," he explains.

"Like smartphones, they will become hubs of content/service/advertising ecosystems."

True, adds Delaney, there are some important differences between smart TVs and smartphones, explaining that TVs are bought for households, not individuals, so the market is smaller in terms of number of devices.

The market size is reduced further by the fact that TV sets are typically replaced less often than smartphones.

Moreover, Delaney believes TV sets are not as suitable or useful for some types of app, such as navigation, communication and personal productivity.

"Nevertheless, we expect substantial and important ecosystems to develop on smart TVs, especially in the area of entertainment services," he adds.

"The screen through which smart TV apps and services are accessed will be valuable to the company that controls it, because it gathers an audience for advertising, because it gives the owner a position of power in the content/services distribution chain, and because it enables usage data to be gathered and analysed.

"As with smartphones, that point of entry will increasingly be tied to the OS and its associated home screen and app storefront."

Observing that most of the big smart TV makers are Asian companies, Delaney warns that those companies "really need to avoid a repeat of the smartphone story", where ownership of the device's most valuable aspect – the OS and ecosystem – ends up in America.

"This is the context in which we should see the CES announcements about smart TV OS," he adds.

"Though not originally built for TVs, WebOS and Tizen are owned by LG and Samsung respectively; by using these assets in their TVs, these vendors hope to avoid becoming as dependent on Google in the TV market as they have become in the smartphone market.

"Panasonic’s situation is a bit different: Firefox OS is owned by an American organisation. However, the Mozilla Foundation is less unambiguously commercial than Google, and less clearly positioned to dominate an ecosystem founded on its OS.

"In all three cases – WebOS, Tizen and Firefox – the re-purposed OS have the folliowing advantages: they have a mature code base; they don’t need much new investment; and they are not Android."

Sony however, has chosen a different path by going with Andoid TV for its smart TVs.

"Why?" asks Delaney, "unlike LG and Samsung, it does not own an existing OS that it can re-purpose. It could have gone with Firefox, like Panasonic, but that is quite a risky choice."

According to Delaney, the idea of an OS based entirely on Web technologies is "unproven in the mass market", with the industry yet to see one ship in large volumes in any device category.

"Sony seems to have have judged that its need to reverse its recent woes in the TV market is too great to take such as risk," he adds.

"Sony may also be hoping that user pull for the Android brand will give a much-needed boost to its TV sales."