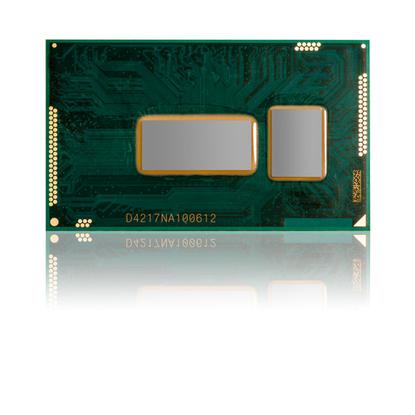 Laptop battery life and graphics will get a serious boost with Intel's new Core processors, which will reach PCs this month after a lengthy delay.

The fifth-generation Core processors, code-named Broadwell U, are destined for Windows laptops, Chromebooks, desktops and mini-PCs. Lenovo, Hewlett-Packard, Dell, Asus and Acer are among those using the new chips in systems.

Laptops should see an immediate boost in performance and battery life with the new chips, based on Intel's latest circuit design, Broadwell. Some laptops will deliver more than 10 hours of battery life, with Lenovo's ThinkPad X250 deliver up to 20 hours with two integrated batteries.

About 600 million PCs are four years old or more and due to be replaced, according to Intel estimates. The new chips could spark PC upgrades and bring new methods of touch, visual and voice interaction, said Karen Regis, director at Intel's PC Client group.

Intel is working with Microsoft to tune Broadwell chips for Windows 10, Regis said. The OS is expected to spur PC shipments later this year, especially after sales sputtered following the lukewarm response to Windows 8.

For buyers looking to upgrade laptops, the wait for Broadwell-based Core chips has been long. Production issues led to delays, which upset PC makers' plans to upgrade laptops and desktops. Intel has been eerily quiet about the chips, virtually sweeping them under the carpet at its recent Intel Developer Forum in September.

But the power efficiency and graphics in Broadwell U are an improvement over the previous Core processors, code-named Haswell. The new chips are made using Intel's latest 14-nanometer manufacturing process, which brings performance and power benefits. The new chips have 35 percent more transistors than Haswell, which allows Intel to pack in more capabilities.

Battery life will go up by about an hour or more when watching high-definition movies or browsing the Web. 3D graphics will be roughly 22 percent faster, while video conversion rates will be 50 percent faster. Performance of productivity applications like Microsoft Word will go up by only about 4 percent compared to Haswell chips, though -- underwhelming compared to improvements made by previous generations of Intel chips.

Laptops will also be thinner and lighter with the new chips. A typical Broadwell Core chip is 37 percent smaller than a comparable Haswell predecessor.

Beyond Broadwell, more exciting chips are in store for Intel. In the second half this year, laptops will be available with chips based on Intel's new Skylake architecture, which could support wireless charging, data transfers and displays. That could reduce the need for power bricks, and also data transfer and display ports in laptops. This might also create a dilemma as users may opt to skip Broadwell and wait for Skylake to upgrade laptops.

Intel is initially shipping dual-core Core i3, i5 and i7 Broadwell chips for laptops, desktops and mini-PCs. In all, Intel is launching 14 chips, including 10 that draw 15 watts of power and four that draw 28 watts of power. The more power-hungry chips usually deliver better performance. The chips operate at clock speeds between 1.6GHz to 3.2GHz and are priced between US$275 and $426.

The fifth-generation Core i processors are different from the Core M tablet chips, which are also based on the Broadwell microarchitecture. The Core M chips draw between 4.5 watt and 10 watts of power.

Later in the year, Intel will release its highest performing Core chips, called Broadwell-H, which will have quad-core CPUs and Iris Pro graphics. Intel this month will also hold a series of events to talk about vPro, which is a hardware and software package that will allow laptops and desktops to be managed and secured remotely.