The EX-100Pro does synchronized high-speed shooting for around US$1,000 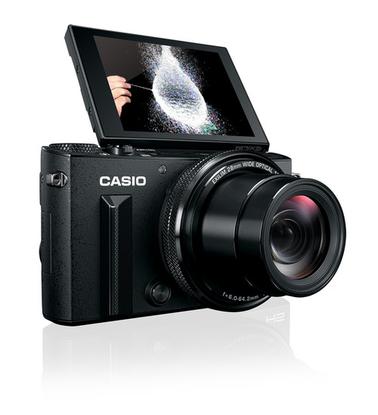 Casio's Exilim EX-100PRO can synchronize up to seven high-speed cameras.

If you want to really see how good or bad your golf swing is, Casio's latest digital camera can control seven cameras shooting 60 images per second.

Designed with the help of a baseball pitching machine maker, the Exilim EX100-Pro is designed for sports, business users and experimental researchers. But it can show anyone extremely high-speed action shots or video.

Up to seven EX-100Pros can be linked via wireless LAN and controlled via an Android tablet running Casio's SynchroShot app. That synchronization feature only works with other EX-100Pros, Casio said, and allows synchronized recording of a scene from multiple points of view.

The lens is an improvement over Casio's first high-speed camera, the Exilim Pro EX-F1, launched in 2008, and can take better photos in low light, according to the company.

"It is still being used by many users who are university researchers, corporate engineers and athletes among others," a Casio spokeswoman said via email.

"And we've had requests from those users that it would be more useful if they could shoot from different angles simultaneously for their research and analytical purposes."

Casio's previous high-speed shooter, the EX-100, has similar specs but without the sync function. It sells for around $655 on Amazon.