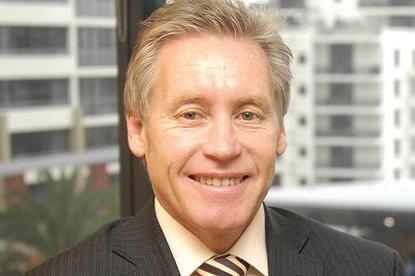 Cameron will be joining the team full time on January 5, while Hall's role is effective immediately.

Westcon managing director Dave Rosenberg told ARN that the two new senior positions have been created to consolidate the company's management strategy across the ANZ markets. This will drive greater efficiencies across the region.

"Approximately 80 per cent of our vendor revenue is out of common vendors across the two countries.

"This is a significant advantage for our vendors to have one place for strategic planning in the region."

Rosenberg told ARN there will be no divestment in either market.

"Although this provides a common framework, strategies will still vary in both countries with local ownership provided by the relevant management teams."

Westcon recently appointed David Hook as its sales director for Australia, and Rosenberg said there will be another sales director appointment for New Zealand - although he was not ready to reveal the details as of yet.

Cameron is a ARN Hall Of Famer with some 30 years experience in IT, with long stints in senior management positions at vendors CA Technologies, Lenovo and Toshiba.

"I am delighted to join Westcon. Dave and I have known each other for a long time, and I look forward to working with the new leadership team," Cameron said.

"I left IBM on good terms. I look forward to getting to know the new vendors. I requested an ANZ role, and have always worked well with both Australian and Kiwi teams."

Hall has 20 years experience in the market, and has been with Westcon/Datastor for six years, four years of which were spent as marketing manager for Westcon New Zealand. She has been involved in organising events such as Westcon Imagine and handling its press and public relations. Rosenberg said he is fortunate with Hall to have found a good balance between marketing and commercial acumen.

"I am delighted to have been able to fill both these executive roles with two senior resources will add significant value to the business, both from an internal team and resource perspective as well as our vendor community. As we go into our FY16 I am excited with the opportunity these appointments provide to our business."