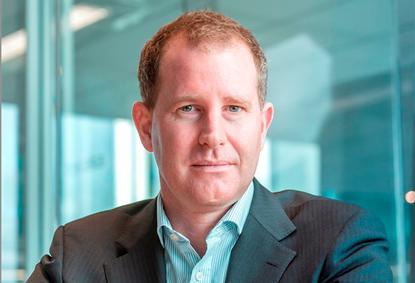 Auckland-based telecommunications provider Kordia has become the first Australasian telco to connect with, and provide, a private access service to Microsoft’s Azure platform via ExpressRoute.

Microsoft Azure’s ExpressRoute service enables private connections between Azure datacentres and infrastructure on client premises, or in a co-location environment.

Kordia worked closely with Equinix – the global interconnection and datacentre company – in Sydney to enable the Azure connection via the Equinix Cloud Exchange.

Kordia Chief Technology Officer, Aaron Olphert, said that as the Cloud marches towards becoming the world’s preferred solution for the supply of business applications, it’s networks that are the vital connection to success.

“If you are a business running your applications in the cloud, the end-user experience is inextricably linked to the performance of the network," he says.

"Connectivity is the vital link and becomes even more important when a new, state-of-the-art cloud platform such as Microsoft Azure launches.

“The connection from end user to the application and resultant end user experience must remain consistent and reliable.

"Kordia’s addition of support for the ExpressRoute service expands on our ‘best connected’ goal of ensuring Cloud services work at their most efficient without contention or excess latency.”

Olphert says that because ExpressRoute’s connections via Kordia do not go over the public Internet, they deliver "more reliability, faster speeds, lower latencies and higher security" than typical connections over the Internet.

“In some cases, using ExpressRoute connections to transfer data between on-premises and Azure can also yield significant cost benefits,” he adds.

Equinix Australia managing director Jeremy Deutsch says the company is delighted to have Kordia as its first Australasian customer connecting to Azure via its Sydney facility.

Microsoft officially announced the opening of the company’s newest Azure Geography (Geo) in Australia last month, with the new service including two geo-redundant regions in New South Wales and Victoria.

Dirk Develter, Microsoft New Zealand’s Business Group Lead for Cloud and Enterprise, congratulated Kordia on being the first provider in Australia and New Zealand to connect to ExpressRoute in Sydney.

“This builds on Kordia’s strong partnership and continuing early engagement with Microsoft, including their existing peering options for Office 365 and connectivity for Lync,” he adds.

“We’re looking forward to working more with Aaron and the Kordia team on their own usage of Microsoft Azure for their SAP environment, and to offer more options to our joint customers."